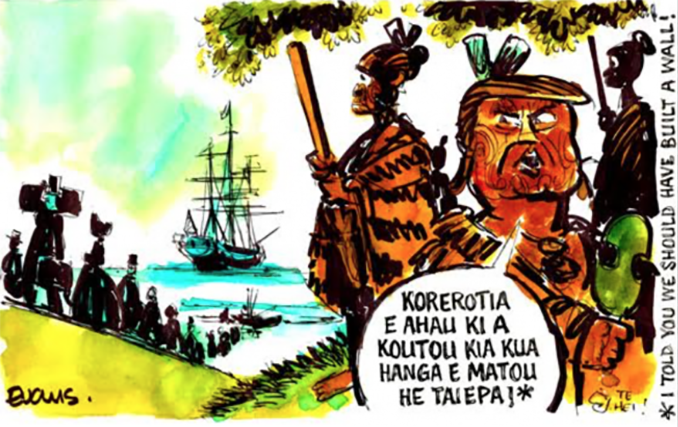 The English version states the British intentions were to protect Māori interests from the encroaching British settlement, provide for British settlement and establish a government to maintain peace and order.

The Māori text suggests that the Queen’s main promises to Māori were to provide a government while securing tribal rangatiratanga (chiefly autonomy or authority over their own area) and Māori land ownership for as long as they wished to retain it.

The word ‘sovereignty’ had no direct translation in Māori. Chiefs had authority over their own areas, but there was no central ruler over the country. The translators of the English text used the Māori word ‘kawanatanga’, a transliteration of the word ‘governance’, which was in current use. Māori knew this word from the Bible and from the ‘kawana’ or governor of New South Wales. Māori believe that they kept their authority to manage their own affairs and ceded a right of governance to the Queen in return for the promise of protection.

It is widely accepted that the use of the words ‘kawanatanga’ and ‘tino rangatiratanga’ (in Article 2) contributed to later differences of view between the Crown and Māori over how much authority the chiefs would retain and how much the governor would have. There can be little doubt that the chiefs who signed the Treaty expected to enter into some kind of partnership and power sharing in the new system.

In the English text, Māori leaders and people, collectively and individually, were confirmed and guaranteed ‘exclusive and undisturbed possession of their lands and estates, forests, fisheries and other properties’. Māori also agreed to the Crown’s exclusive right to purchase their land.  Some Māori (and British) later stated that they understood the Crown to have a first option rather than an exclusive right to buy.

In the Māori text, Māori were guaranteed ‘te tino rangatiratanga’ or the unqualified exercise of their chieftainship over their lands, villages, and all their property and treasures. Māori also agreed to give the Crown the right to buy their land if they wished to sell it. It is not certain if the Maori text clearly conveyed the implications of exclusive Crown purchase.

In the Māori text, the Crown gave an assurance that Māori would have the Queen’s protection and all rights (tikanga) accorded to British subjects. This is considered a fair translation of the English. The Queen’s protection of Māori was emphasised here as it was in the preamble.

Both parties note that they have entered into the full spirit of the Treaty. 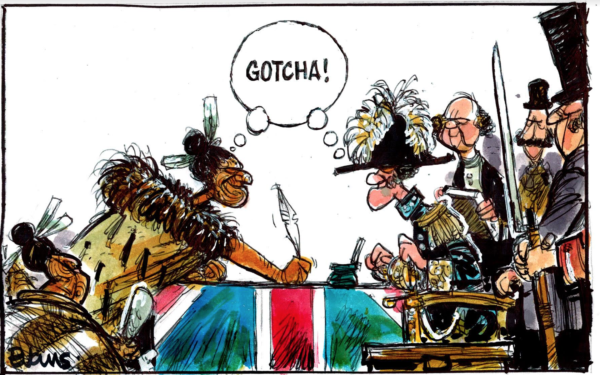 A beautiful Treaty betrayed by Settler NZ who ignored that promise and built the economy of this country on stolen indigenous land with zero intention of doing anything more than pay a pittance in compensation.

In fact that ‘compensation’ paid has not healed the trauma of that loss, it’s actually compounded it.

Māori are 380% more likely to be convicted of a crime and 200% more likely to die from heart disease and suicide. Māori are paid 18% less and 34% leave school without a qualification. Māori die earlier and suffer more.

Māori own less homes. Māori are over 50% of those in prison. Māori are 5 times more likely to be taken into State ‘care’.

Māori lost 95% of their land in less than a century.

At the turn of the 19th Century, the experience of colonialism had almost wiped them out.

To have climbed back from cultural extinction is testament to their Mana, not Pakeha good will.

The Treaty hasn’t just failed Māori though, its intrinsic promise to protect the rights and agency and self sovereignty of all people in this land has been molested since the neoliberal reforms that fed the grotesque inequality we see around us today.

Pakeha and Māori have both been failed by the promise of the Treaty while the elites have prospered.

However, our quarrels of the past are meaningless compared to the struggle of our collective future. The naked truth of the apocalypse of the climate crisis is that we have simply run out of time to solve the grievances of the past and must now focus on the nemesis of our future.

Right now NZ has floods, drought and fires. The climate crisis catastrophe we face demands radical reforms that don’t have the luxury of time. 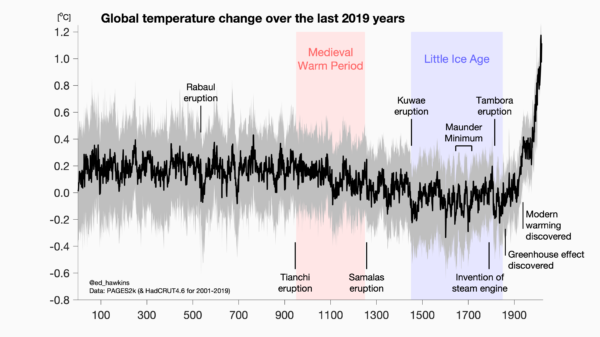 On this day 180 years ago each signing Chief was greeted by Hobson and told, ‘He iwi tahi tatou’ (We are [now] one people).

The climate crisis might change that to “We are now the last ones”.