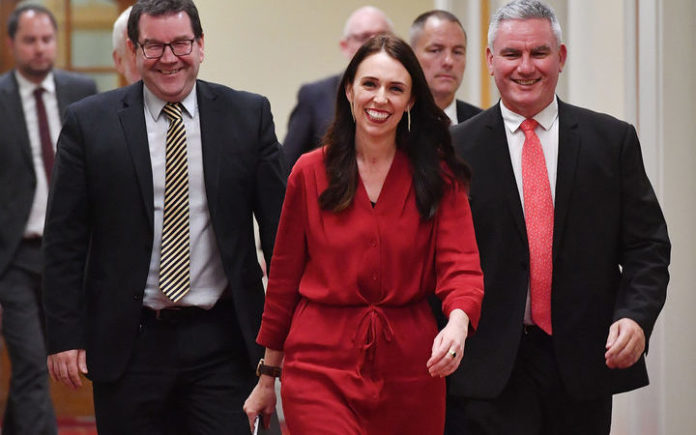 I appreciate you seem to believe in this bubble of positivity and the politics of kindness.

The reality is that anger and fear motivate more in politics than kindness and in 2020 we run the real risk of a National-ACT Government.

The idea of that combo utterly unhinged from any moderating influence whatsoever would be a disaster to all that progressives care about.

It would set climate change back 20 years.

We would see right wing neoliberal social welfare experiments like the deeply flawed Oranga Tamariki become the rule not the exception.

Every publicly funded infrastructure would be bled dry.

Mental health would go back to being the broken bastard child of health that it became under 9 years of Key.

In short, it would be carnage.

In the wake of Simon Bridges ruling out NZ First, Labour MUST resist its hasty decision to rule out electorate deals to ensure NZ First and the Greens are returned to power.

The math in Northland favours a deal for NZ First with Shane Jones:

And the math in Auckland Central favours a deal for the Greens with Chloe Swarbrick:

Not only would electorate seats guarantee both coalition partners returning, you also knock off 2 National Party MPs.

This election will be very close and every effort must be taken to ensure National-ACT aren’t the next Government.

If all that is stopping Labour from using MMP strategically – as the Right do – is some bullshit misplaced arrogance, then you perhaps need to get the hell over yourselves.

Stop playing to be fair, play to win!

The country needs a returned Government more than it needs a National-ACT one and your pride isn’t a defence.