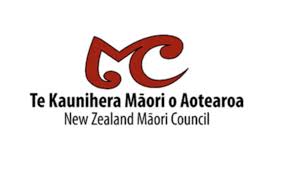 “Our water is one of the most precious resources we have and we must move to protect it. Selling millions upon millions of liters offshore is nothing more than pillage.” Matthew Tukaki, Executive Director of the New Zealand Maori Council

The New Zealand Maori Council will tell the Government to put a stop to foreign water bottling companies taking New Zealand water and shipping it offshore – this includes an overhaul that allows Regional and District Councils to grant consents for its extraction. The Council’s Executive Director, Matthew Tukaki, has said that “I am sure all Maori and, for that matter, many New Zealanders would agree that this sort of profiteering at the expenses of our resources must end.”

“Let’s not forget when the Ashburton Council decided to sell lot 9 which went with it, wait for it, a consent to bottle 1.4 billion liters of artesian water each year. Then there is Coca-Cola bleeding out water supply dry to make millions off the Pump brand, the Latvian company in the Bay of Plenty, the Japanese company in the South Island and the list goes on. Foreign companies are bleeding our water supplies dry and it must end and must end now.” Tukaki said

“Let’s face it this is not just a debacle borne bare by local government lets not forget those old protectors of land, water and the environment put the for sale sign firmly up for foreign buyers when the Greens Ministers Eugenie Sage signed off Chinese water bottling giant to purchase land in order to expand their existing Otakiri Springs water bottling plant near Whakatane. Sage and the Greens should hang their heads in shame – and what about these political parties who came to the last election saying that would take the issues seriously and even those who said moratorium? Where are the Greens having taken the baubles of office? NO where to be seen.” Tukaki said

“We have a series of failures here – the first is that there should be no more water bottling consents granted to overseas companies so we can put a stop to the taking of a valuable resource, the second is the Overseas Investment Office that opened the door to Sage and her Green Party mates needs to be overhauled and reformed, the third is there must be an overhaul of the Local Body laws that grant unfettered powers to regional and local Government who only see the cha ching dollar signs ringing in their eyes and fourth it’s about time as sorted out once and for all the ownership rights, shared or otherwise, when it comes to water in this country.” Tukaki said

“The New Zealand Maori Council will be taking these points on the road and lobbying Government to implement them as policies ahead of the next election as well as the other parties – but to be honest I really question how the Greens can sell Maori and our people down the river on this one. Whatever the result we must put a stop to the sale of our water to offshore companies and we must ensure both the stabilization of our water supply and our artesian basins.” Tukaki said

“The reality is that water is a precious taonga, a resource that all New Zealanders see as fundamentally important – we must do everything we can to protect our assets, sustain them and best use them that sees all communities benefit both environmentally and into the future – selling tens of millions of liters offshore is an absolute nonsense.” Tukaki said

The New Zealand Maori Council will now look at a standalone Maori Water Commission and it will be on the agenda for the next national hui of the Council in early May.