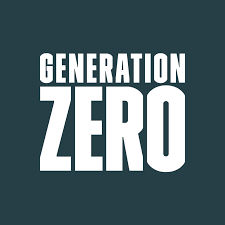 “The new $5.3 billion spend on roads across New Zealand is a failure by the government to follow through on the Climate Change Response Amendment Act,” says Generation Zero spokesperson David Robertson. “If climate change were a priority for the New Zealand government, then it would not be spending billions on encouraging car dependency and increasing road transport emissions.”

The Government has allocated an excessive 78% of the transport spending towards roads. This includes the $1.35 billion Mill Road and $411 million Penlink. Generation Zero has previously called for the Government and Auckland Council to cancel these projects, as they will only encourage car dependency and increase emissions. These roading projects are paving the way to a climate disaster. This money should instead be spent on accelerating public transport infrastructure across New Zealand which in turn would encourage a mode shift, and reduce both congestion and emissions.

The recent passing of the Climate Change Response (Zero Carbon) Amendment Act should have signaled a paradigm shift in our approach to emissions. Section 5W(1) of the Act calls for emissions budgets to be met domestically. With more than half of the infrastructure spend allocated to roads, nothing about the announcement demonstrates that the Government is taking climate change seriously. “Using climate change as a political football to justify spending on roads is a cop out,” says Dewy Sacayan, another Generation Zero member. “It’s extremely disappointing to see our government already backpedaling on their commitments as stated in the Zero Carbon Act. The provision of huge roading projects will make our emission reduction targets even more difficult to achieve in the future, which does a disservice to us all,” says Robertson.

The silver lining of the government’s disheartening announcement today is that it shifts hundreds of millions off the Auckland Council’s books. “Given that $3.48 billion of the budget will be spent in Auckland, we now call on Mayor of Auckland Phil Goff, the Auckland Council, and Auckland Transport to reallocate this spending on fast tracking improved bus priority infrastructure, better bus services, and new cycleways.” It is crucial that the Council chooses to spend this money on public transport and active transport to reduce Auckland’s transport emissions.

Despite their disappointment towards the majority of the announcement, Generation Zero commends the government for the state de-carbonisation work in schools and hospitals, as well as the announced spending on North Island rail, which will improve passenger and freight capacity and reliability. The youth-led organisation expects the same de-carbonisation tactics in our public transport system if Aotearoa is to truly admit that we are facing a climate emergency.