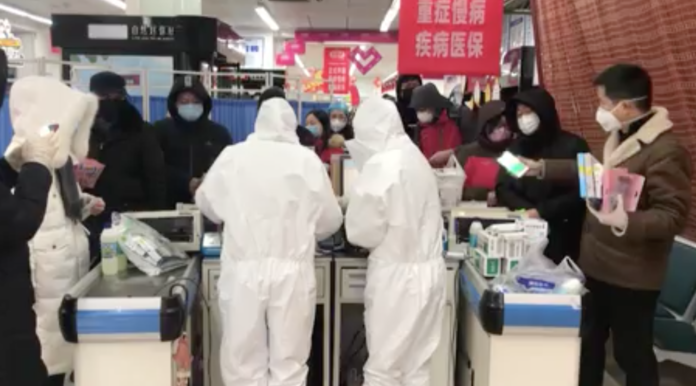 China’s leader Xi Jinping warned on Saturday (Sunday NZT) about the “grave” threat posed by the “accelerating spread” of the coronavirus and urged his government to rally under the Communist Party’s central leadership.

Sowing fear and loathing?   I wouldn’t say that. In fact, I reckon there is a strong probability that the Chinese government is not letting on how bad this pox really is.

While I’m not a graduate in medical science, I was once Under Secretary in Charge of Bio Security – 1990ies- before Bio Security had its own Minister in charge.

What that experience did alert me to was the vulnerability of New Zealand when it came to preventing animal and plant disease from getting into our country.

A bigger problem was, the ability of our Ministries to deal with invasive virus/bacteria/pox, once it was established.

Of Coronavirus, Health Minister David Clark said the extra measures were being taken following the arrival of the disease in Australia, via flights directly from the city of Wuhan.

This is not a matter of being pro Labour or pro National.  This is a matter of pro common sense.

I am very pro Chinese ‘invasion’ as immigrants who bring capital which drives our fragile economy and who are prepared to work.  I do not harbour the xenophobic sentiments of some of our politicians.

However, when the probability that a foreign (Chinese) student returning for the new season, is a carrier of Coronavirus, why risk it?

I have also been told by a senior PhD at Auckland university that, “A Foreign student (yep – he meant Chinese) will pay $70k for the same degree a Kiwi will pay $30k.”

Do the sums mate.  On these figures, Chinese students are keeping our universities solvent.

But is it a good idea to let these students loose in New Zealand when there is no remedy for Coronavirus?

Health officials doing a temperature read of all inward passengers – in the plane and again at the toll gates!  Whoopee.

This means that there is no guarantee that infected students will not able to attend class, next week.