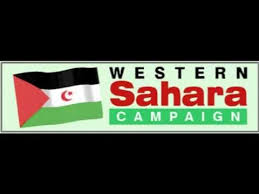 Western Sahara Campaign-NZ enlisted the support of Western Sahara Resource Watch (WSRW) to question and comment on Ravensdown’s stated position in its press release of the 11th of December 2019, “Two sides to the Western Sahara story”. https://www.ravensdown.co.nz/in-the-community/two-sides-to-the-western-sahara-story

For ease of reference, WSRW took the arguments raised there in defense of Ravensdown’s continued imports point by point.

“The area they say is ‘occupied’ is actually listed by the UN as ‘sovereignty undecided’.”

WSRW and Ravensdown obviously disagree on the applicable terminology for a country’s military presence and unfounded administration of parts of a territory over which it has no sovereignty or internationally backed mandate, while violently suppressing the inhabitants of that territory’s opposition to its imposed presence and administration. There is however an international consensus that the people of Western Sahara have a right to self-determination: the right to decide what the status of the territory should be, and as a corollary, the right to the natural resources of the territory. The Saharawis have not yet had the chance to exercise that right, and as a result, the status of the territory is still undecided.

On what basis does Ravensdown decide to completely bypass the people holding the sovereign right to decide the status of the territory, and to instead strike a supply contract with a party which does not hold those sovereign rights?

“The flags being waved are of a country actually not recognised by NZ, Australia, UK, the European Union, USA, China and the majority of countries in the world.”

Do any of the countries raised by Ravensdown formally recognize Morocco’s claim to Western Sahara?

“The trade they say is ‘illegal’ actually complies with the UN framework for trading with areas like these – the industry does its due diligence on the supplying company OCP.”

Following Indonesia’s withdrawal of its occupation of East Timor, there are no other Non-Self Governing Territories currently under foreign occupation. No such “framework” really exists. The closest thing to such “framework” was written by the UN Legal Counsel on behalf of the UN Security Council in 2002.

The author of that opinion has repeatedly stated that such trade is not legal.
In November 2019, at the annual conference of the Belgian Society of international law, Hans Corell, the author of this opinion, specifically referred to the phosphate trade. “I refer again to what I have said about the fisheries agreements in the past. To be legal, such an agreement would have to contain an explicit reference to the fishing zone off the coast of Western Sahara, defined by coordinates. The regime for issuing fishing licences within this zone would have to be completely separate from the regime that applies in the Moroccan fishing zone. Furthermore, the revenues generated by the licences in the zone of Western Sahara would have to be delivered not to Morocco’s public treasury or equivalent but to a separate account that can be audited independently by representatives of the people of Western Sahara so that they can ascertain that the revenues are used solely in accordance with the needs and interests of their people. This system must apply also to other natural resources in Western Sahara, such as phosphates, oil or gas, or other resources, be they renewable or non-renewable.” Read his full speech here: https://www.wsrw.org/a105x4575

Does Ravensdown consider that the author of the UN legal opinion on exploitation of mineral resources in the Non-Self-Governing Territory of Western Sahara – to which the company refers – misinterprets the opinion he authored?

“The two New Zealand companies they say are the only ones importing rock actually only import 22% of Western Sahara’s rock exports (roughly equally split) with the rest being imported by Brazil, China, India and Japan.”
New Zealand’s farmer cooperatives are indeed not the only ones to import from occupied Western Sahara. They are however part of an increasingly smaller group of companies. Pointing to others ignoring the legal and ethical objections to the trade, does not make the trade acceptable.

WSRW has not seen any credible evidence corroborating the claim that Japan is importing.

Brazil has imported two shipments since our association started monitoring the exports in 2011. The Indian imports are primarily done to a subsidiary of OCP. The volume of exports and the number of international clients of the conflict minerals from Western Sahara has never been lower than in 2019.

“The rock they say doesn’t help Saharawi is actually welcomed by the Saharawi whose livelihoods depend on the mine (interviews can be arranged with the Saharawi head of the PhosBoucraa Foundation).”

Yet, as also pointed out by the Court of Justice of the European Union (article 106 of decision of 21 December 2016), the question regarding benefits to the Saharawis is irrelevant: what matters is whether they have consented to the activity.

http://curia.europa.eu/juris/
WSRW could have organized for you and other interested parties to meet with the secretary-general of the Saharawi association CSPRON, Mr. Sidahmed Lemjiyed, who follows Moroccan use of resources in Western Sahara.

Regretfully, he is serving a life-sentence in jail, as he was tortured until confessing a crime that he had not committed. His fate is mentioned in the latest annual report of Human Rights Watch, published this week. https://www.hrw.org/world-

“The phosphate they say can be easily sourced from elsewhere actually comes with other challenges such as cadmium, dust, other environmental issues as well as quality and supply risks.”

We refer to the proposal of the European Commission to gradually reduce the allowed cadmium level of phosphate-based fertilizers in the European Union, which will result in a gradual decrease of imports of phosphate rock from North Africa as the rock there is among the highest cadmium-containing rock around the globe. It is telling that some of the most ferocious counter-lobby to the proposal came from OCP, alarmed by the imminent loss of their 32% sales figure in Europe.

All other companies that used to import from occupied Western Sahara alongside Ravensdown and Ballance during from the 1990s until 2018 have found alternative sources.

“The superphosphate they say NZ can do without is actually essential to food creation – without nutrients like phosphate, agricultural production would be about half of today’s.”

We refer to the dozens of companies that have stopped importing from Western Sahara in recent years, who have all initially stated that they could not do without the rock from Bou Craa, yet at present are sourcing from elsewhere.

Other global players on this market, such as Yara, have terminated the Western Sahara purchases, now sourcing such rock from Morocco proper instead.
“The country they want to boycott is actually a valued trading partner to New Zealand with exports to Morocco worth over $300 million between 2011 -15.”
We have noted that Ravensdown over the course of the years has described Western Sahara as part of Morocco. We find it peculiar to read this position yet again. Such statement suggests that your company has not fully understood the legal status of the territory that you are sourcing your phosphates from.
Western Sahara is not part of Morocco.

No country in the world, nor the UN, the Court of Justice of the EU or the International Court of Justice recognize Morocco’s claim to Western Sahara.
We are not sure who your company refers to when stating that “they want to boycott”. In our work on the controversial New Zealand phosphate imports over the last decade, we have never observed such a claim being made. As far as we know, even Saharawis have no objections to companies like yours having good relations with Morocco proper.

WSRW notes other arguments in your position statement (points 9-11, regarding safety of protesters; whether a ship was docked or not at the time of the RMT union handing over a protest letter; and whether or not a ferry with children took part in a protest). WSRW was not present, and has no position on these aspects. That Ravensdown would resort to such arguments in an attempt to justify a much more serious issue – that of knowingly importing minerals through a brutal and illegal occupation – indicates that the company seems to miss the point entirely.