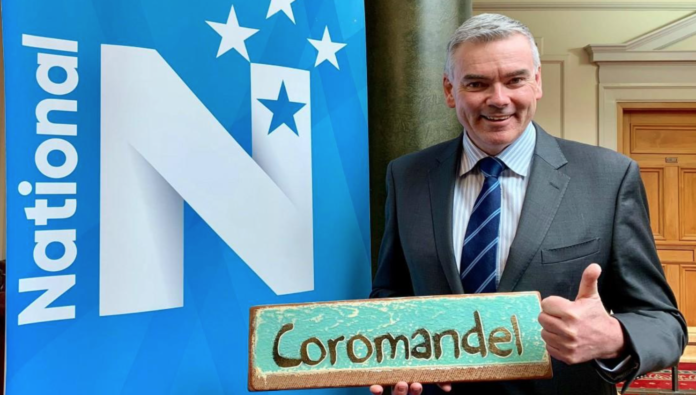 This nonsense faux outrage over teaching children the enormity of the climate crisis managed to go into another sphere of madness this week when National got involved.

Firstly, what the children are being taught doesn’t go nearly far enough, rather than consoling redneck snowflakes for their climate denial ignorance, students should be getting taught on how to nationalise all energy monopolies, transport networks + prosecution of oil industry for crimes against humanity!

Secondly, what exactly is it that National are trying to say here…

Simpson isn’t the first to speak out against the new resource. ACT leader David Seymour said he fears it’s designed to suppress opposing views on humankind’s influence on the climate.

Simpson had a similar view, telling Plunket: “The ability for various views to be expressed around climate change issues seems to be lacking from this resource.”

Seymour, MP for Epsom, has criticised aspects of the resource such as an activity called “myth buster role-play” where one student will play the role of an ‘activist’ for climate change and the other a ‘sceptic’.

…so effectively they are arguing that Creationism should be taught in schools because it’s a skeptical approach to Evolution???

Look, we all get that National are a Party for farmers, bankers and property speculators and that those electorates have deeply vested interests in the pollution status quo, but to actively argue for teaching children falsehoods so that they can be skeptical of the truth is about as breath taking as it gets.

The climate crisis is erupting at speed and force now, radical action is going to be the only action, and to watch the largest Political Party in this country continue to deny that is fast becoming an intellectual obscenity.