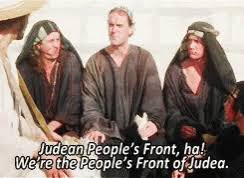 A statement approved by the Fightback Editorial Board and sent to the National Secretary of Organise Aotearoa, 14th January 2020.

When Organise Aotearoa was launched, it appeared potentially the healthiest socialist organisation in the country. The only organisation not to emerge from a split, the largest, and youngest – all promising signs. Fightback – an Australasian socialist media project – agreed to get involved in the organisation.

Yet issues have emerged that seem unlikely to be resolved, especially on questions of internationalism. Even though the OA leadership has changed personnel over the last year or two, the prevailing politics of that leadership on what they call “internationalism” could be best described in our terms as “soft campism” (see our 2015 article, “Against Campism”: https://fightback.org.nz/2015/11/05/against-campism-what-makes-some-leftists-support-putin/)

Members of the leadership have specifically stated that they feel that “internationalism” for Leftists in New Zealand should mean only opposing imperialist actions by the New Zealand state and explicit allies of the New Zealand state (e.g. the USA or the UK). Some have even argued that for us to criticise the People’s Republic of China in particular – even on the subject of the attempted genocide of the Uighurs and the repression of popular protest in Hong Kong – implies a certain “colonialism”. This misuse of radical theory to suggest that Western imperialism is the only imperialism, or to support authoritarian capitalist nationalism in “non-Western” countries, is in opposition to Fightback’s basic principles.

However, being in a minority position on internationalist questions alone would not be enough in itself to cause us to break with OA. The breaking point for us has been a culture within OA of avoiding honest and comradely debate, and on characterising political disagreements in terms of personal attacks.

Attempts to debate the question of what internationalism means have been met with either studious silence, or negative personal characterizations of Fightback members. Instead of seeking clarity on these questions, the approach of the OA national leadership has consistently been to seek a lowest common denominator “fudge”, where positions are taken on the basis of minimising any opposition or sharp debate.

For example, after our extensive internal discussion documents arguing for support for the Syrian revolution were met with no reply, Fightback members proposed a motion at the last national AGM condemning all intervention in Syria – US, Turkish, Russian and Iranian without distinction. Two different arguments were given by its opponents, who had the majority at the AGM:

1. The now-National Secretary of OA submitted a document arguing that the central issue as far as they saw it was to oppose “US imperialism” (given that Turkey is a member of NATO) – even when, as any unblinkered observer could tell you, the main imperial power causing damage, destruction, murder and oppression right now in Syria is Russia.
2. It was also suggested at the AGM that it would be premature for OA to take a position when there’s disagreements among members – an explicit admission of OA’s culture of fudging important political questions.

Fightback are not the only comrades to point this out. Last year, one of us co-wrote a position paper with a Marxist-Leninist OA member, who disagreed entirely with Fightback’s internationalist position but agreed that:

Currently, nothing is being done to collaboratively increase the political acumen of OA members on both theoretical and practical issues, beyond what comes up planning events. In fact, there is a culture within some parts of the organisation that disregards this vital part of any left organisation in favour of a forced, sterile ‘unity’ – in effect, sweeping political differences under the carpet.

OA currently seems to instinctively “duck for cover” on issues around which there are strongly conflicting views upon within the organisation. There have been several issues, particularly around internationalism, where debate has simply been shut down and deferred until an unspecified “right time”; or alternatively, debate has been avoided with specious arguments that (for example) certain issues are simply “out of bounds” for our group because the New Zealand state is not directly involved in them.

The issue of the Syrian conflict – which has come up multiple times in discussion on internationalism – is a glaring example of this. Anyone who has followed these issues will know that the two authors of this document have had completely contrasting positions in this debate. However, we now find ourselves united in frustration and opposition to the way in which the leadership and many other members of our organisation have not wanted to have the debate at all.

As of time of writing, nothing has changed in terms of the lack of political education for OA members. It is simply the case that if an organisation’s political unity relies on a continuous process of “fudge”, there can be no internal political education because all the hard questions must be avoided.

Most distressing in OA is the culture where criticisms of the leadership or their political line are met with personal attacks. At the AGM, a Dunedin member who raised issues with the problematic behaviour of a leading member was met with a shockingly dismissive attitude, accused of trying to launch a ‘weird coup.’ The Dunedin member’s recommendation of a No Confidence vote was voted down. Later, on social media, members of the OA leadership responded to criticisms from a Fightback member with negative characterizations of that member’s character and tone, refusing to deal the political issues altogether.

While Organise Aotearoa remains the largest socialist group in this country, it appears to have no plausible strategy to grow further, let alone found a mass party as was the stated aim. Many observers (including those with no connection to Fightback) have described the attitude of the OA leadership as “grandiose” – that is, that they have an unrealistically high vision of OA’s potential and power, which is bound to lead to disappointment and disillusionment if they don’t reassess their capacities more modestly. Discussions of local body strategy in Auckland, for example, seemed to massively overestimate the ability of OA to gain large votes or even win seats in working-class South Auckland. The organisation seems to have no interest in learning from the past experience of socialist and communist groups in this country.

With a political line in turns campist and confused and with no realistic strategy, it is no wonder that the OA national leadership can only respond to political disagreement with personal attacks and the other moves of “clique politics”. At this time, Organise Aotearoa only has its size to recommend it – with members taking frankly terrible positions on international issues, exhibiting problematic behaviour, and no culture of open debate or accountability that could address these issues. While we believe we were right to attempt to get involved in the project initially, we believe our time and energy would be better used to work with organisations who are prepared to engage in honest, respectful debate.

Fightback members are therefore withdrawing our membership from Organise Aotearoa as of now. We are sorry to be stepping away from our friends and good comrades within the organisation, and we look forward to working closely with Organise Aotearoa comrades in the movements and on particular projects. But we believe that our withdrawal will be a relief to both Fightback and the Organise Aotearoa leadership.