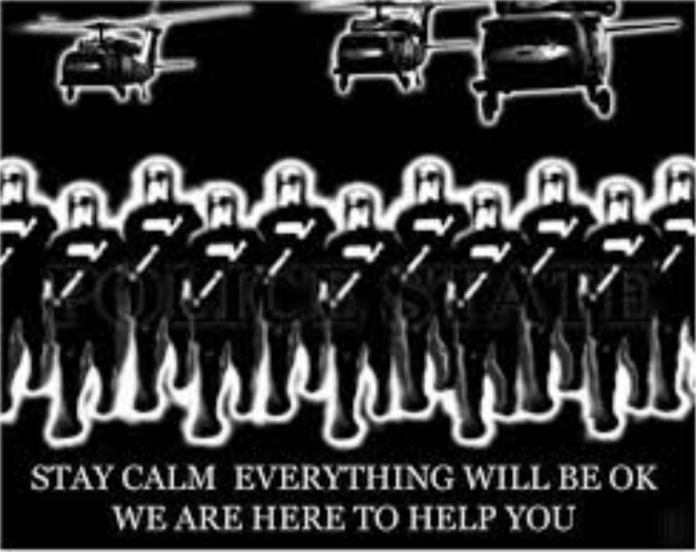 3 thoughts on this over the top gun raid on a far right gun nut.

1 – I’ve had the Police breach my civil rights & seen the nonexistent checks and balances and won’t tolerate it happening to anyone else regardless of their political opinions.

2 – Over the top actions like this for a gun part that didn’t exist only radicalises paranoid gun nuts, it doesn’t keep us safer.

3 – Watching the woke cheer abuse of police power on social media is nothing more than tribal wank.

Watching Woke Twitter cheering armed NZ Police wrongfully kicking down doors for a part to a replica 1890s gun that wasn’t even there is the Woke at their most ethically redundant.

Let’s be clear,  I have no time for gun nuts but even less for a Police force out of control.

It’s like the Woke and the NZ Police are hell bent on ensuring ACT get 3%!

If this raid represents police intelligence we are in more danger than I imagined – over the top police responses for gun parts that don’t exist based on nothing more than online bragging????

I’ve read the ‘April blog’ where Dieuwe de Boer is supposedly ‘bragging’ about a replica gun he has and unless I’ve missed something – while he’s a disagreeable prick with some terribly damaged views, sending in this kind of over the top response by police only makes him a martyr – this is dumb policing!

Look, I have no time for gun nuts & I support the new gun laws (I don’t support the new expansion of search powers which seem incredibly easy to abuse) but a Police abuse of power to make examples of people is something no one on the Left, Right or Centre should ever tolerate or want in New Zealand.

This reeks of a fishing expedition to find examples to punish publicly.

Simon Bridges fears the police are being influenced by politicians and is urging the Police Commissioner to “guard against politicisation” of the police force.

The leader of the Opposition was responding to news that a right-wing activist’s Auckland home was raided last week by half a dozen police officers over suspicion he held an illegal firearm.

“What has happened is plain wrong,” Bridges told Magic Talk’s Peter Williams. “This guy on the face of it has done nothing wrong… There are gangs and real extremists in this country.”

…with all due respect, while I certainly do think this is a politicisation of the Police and they were desperately trying to find a gun owner to make a public example of, for Simon Bridges of all people to suddenly be concerned about this is grotesquely outrageous.

Remember Nicky Hager? Remember how the Police suddenly raided his home illegally in the wake of Dirty Politics? Why is Police ‘politicisation’ suddenly a problem when it’s aimed at a petty far right gun nut with deplorable opinions? Why wasn’t it a problem when the leading investigative journalist in NZ was illegally raided after exposing terrible political abuses of power?

The Woke might be unbelievably tribal and intellectually short sighted in their championing of the Police action, but Simon’s sudden concern is appallingly hypocritical.