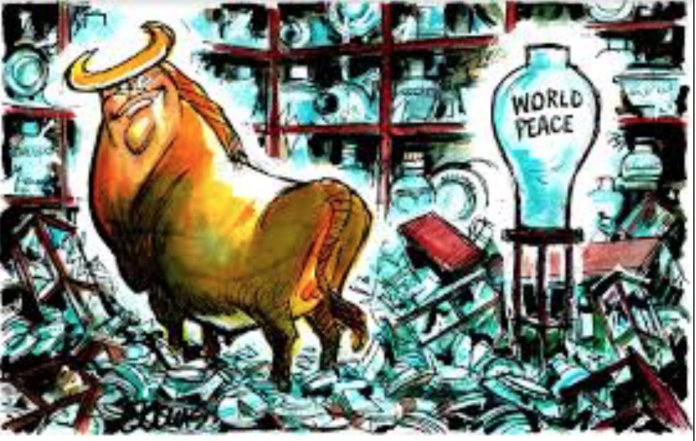 There is a sudden chorus of voices calling for us to pull our troops out of Iraq because they might now be in danger after Trump’s foolish and extreme assassination criteria as anything that helps distract from an Impeachment priority check list?

Don’t get me wrong, I most certainly believe we need to leave Iraq, but not because our troops are now finally in real danger, but because we are training the Iraqi Army, who recently have started turning those trained soldiers on their own civilians…

At least 319 people have been killed in Iraq since the start of anti-government protests in October, according to the Iraqi Parliamentary Human Rights Committee.

Four protesters were killed in Baghdad on Saturday after Iraqi Security Forces pushed back hundreds of protesters and burnt several tents that were being used for an overnight sit-in, according to Iraqi activists.
Teargas and live ammunition was used by Iraqi security forces in the al Khalani commercial area, about 1 kilometer from Tahrir square — Iraq’s ground zero for demonstrations.
According to the Independent High Commission for Human Rights of Iraq nearly 15,000 have also been injured.

…We should be leaving Iraq because this dishonourable war has propped up corrupt regimes, seen our own soldiers stain their honour and whatever good faith we have spent, Trump just blew up.

We are training their soldiers who are now being turned against their own civilian population, how the Christ is that nation building and why the hell is a progressive liberal democracy helping that corrupted process?

Sure, bring the soldiers home now, but to use their safety as the reason is disgusting. Fuck our safety, how about the safety of the civilians who are now facing soldiers we trained?

The trigger thresholds as to when we decide to be ethical have to be far more noble than the fear of coffins flying home.