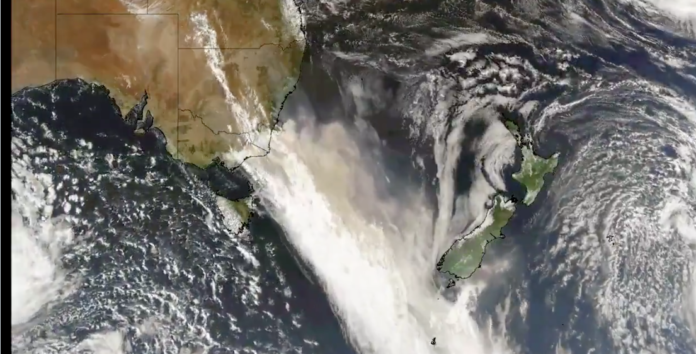 Smoke billows across the Tasman Sea as fires rage in southeastern Australia. pic.twitter.com/c0qNto5x6B

This is our future. Happy New Year.

The decade ends with us more interconnected & existentially lonely then at any other time‬ in human history.

‪The evolution of our shared human experience has been eclipsed by corporate tech algorithms designed to enslave & divide us for profit‬ while the climate crisis we are so desperate to ignore has now spread to every inch of our lived experience in increasingly negative blowbacks.

‪Happy New Year’s is a wish not a greeting‬, kiss the first rays of the next orbit around our Sun with the bitter after taste of entropy and collective despair as our means of social media communication push us further and further away from each other towards more extremism.

It’s hard to start a revolution when we are sold that the tyrants we need to overthrow are us.