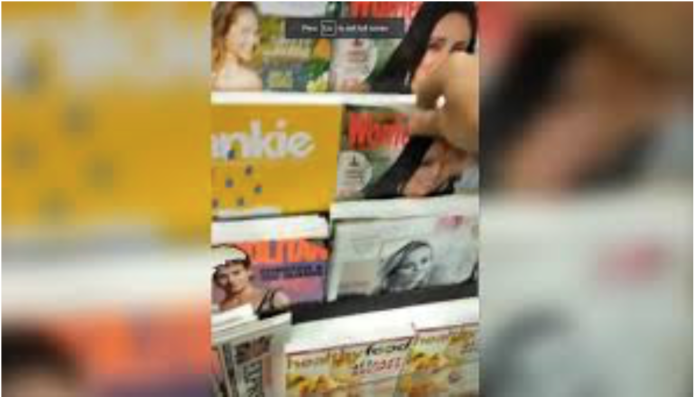 Of course Ani O’Brien is right about the Woke Left alienating voters in mad rush to crush #TurnArdern dickheads, I said the exact same thing 8 days ago…

Dear Everyone, 66-year-old Canterbury bricklayer Colin Wilson has every right to his activism – don’t fall for the trap

Personally, I think turning Jacinda Ardern magazines and books around is a childish pettiness that is so juvenile in its spite as to be more a cry for help than political activism.

But we live in a progressive liberal democracy and if this 66-year-old Canterbury bricklayer wants to engage in a peaceful political protest of this nature, he has every right to, as petty and as truly childish as it is.

The real danger here will now be the tsunami of smug outrage and conflation of his actions to war crime levels, because it will be in the outrage olympics of who can be most offended by this clown that will provoke a Corbyn-esk backlash amongst the working class that identify with Colin Wilson…

Michelle Duff, who wrote the book Jacinda Ardern: The Story Behind an Extraordinary Leader, wrote on the Spinoff that the Turn Ardern campaign was a result of a group of men feeling threatened by a powerful woman.

“Throughout history, attempts have been made to silence women. We’ve been drowned as witches, denied the vote, gaslighted in relationships, had our ideas stolen in meetings, had our voices and views disbelieved and minimised. We’ve been done to, not done by,” she said.

“Seen in this light, #TurnArdern is just another manifestation of this simmering hatred of women that lies just beneath the surface. It’s the kind most of us don’t even notice or have acclimatised to until it bursts into the public consciousness in ways that are impossible to ignore.”

Colin is engaging in a peaceful protest, it’s one I believe is petty, but to demonise him the way the mainstream media are risks creating a political Martyr that Simon Bridges will carry on his shoulders all the way to the Ballot boxes.

Bets on that Colin Wilson will be a guest speaker at the National Party Election Conference.

…the hilarious thing since Ani’s commentary piece went online is the enormous backlash by  those on the Left who hate Colin and whom can’t resist the pile on all having a go at Ani for critically analysing if taking the bait is counter productive.

I think on the Left we have utterly under appreciated how our social media use alienates potential voters rather than recruits them and how the right will goad us into over reacting and alienating voters.

I think if you read Colin’s timeline, you see vile sexist & homophobic language by a person who is clearly out of their mind with ignorance – he is to political insight what cancer is to good health, but allowing the Right to create a hero from woke over reaction is stupid.

He’s not the fucking messiah, he’s just a very lonely boomer bricklayer – let’s not give Simon Bridges a martyr folks.