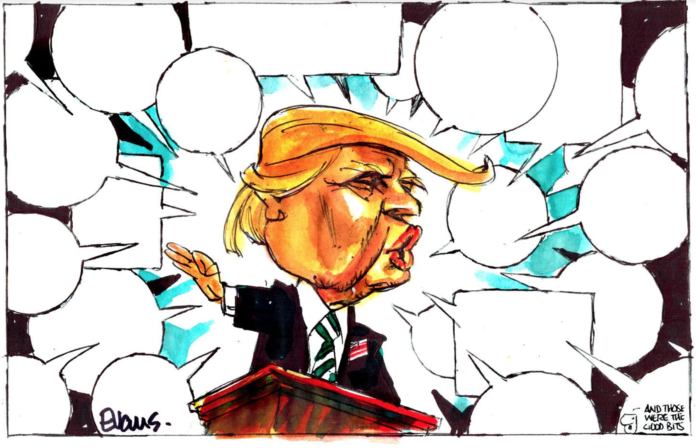 The Trump Impeachment is a sad and torturous affair made more petty by Republican tribalism and Democratic impotence.

This will be voted down the second it gets to the Senate and Trump will parade it as baseless vindication.

No one on the face of the planet after witnessing the vengeance fantasy of Trump’s first 3 years in power could pretend with a straight face that Trump didn’t seek to gain personal gratification at the expense of sovereign interests. His public narcissism and intellectual absurdity are all evidence that he threatened the Ukrainian President for dirt on his political rival and while there has been no first hand evidence of the conversation, we all know he fucking did it with the certainty of returning home to a contrite puppy who has shat on the carpet.

The dilemma facing Democrats was to launch a crusade doomed to failure, will it vindicate Trump’s obsessive fan base and reward him with another term or will it turn Independents away in disgust and into the arms of Democrats?

I still believe Trump is on track to win the electorates he needs to win the Electoral College but Trump doesn’t scare me, he sickens and disgusts me.

Trump’s greatest weakness is Trump. He is no Machiavellian genius with dark plans and a terrifying strategy, he is an egotistical fool absorbed by his own reflection. A dog chasing every car led by the lesser angels of his nature, a Fool King manipulating the politics of resentment.

His misplaced self importance and wilful ignorance represents all that is wrong about America.

But he doesn’t scare me.

What scares me is who is watching Trump succeed and learning from it. Imagine a politician with cruel design watching Trump’s success from openly playing directly to our worst natures.