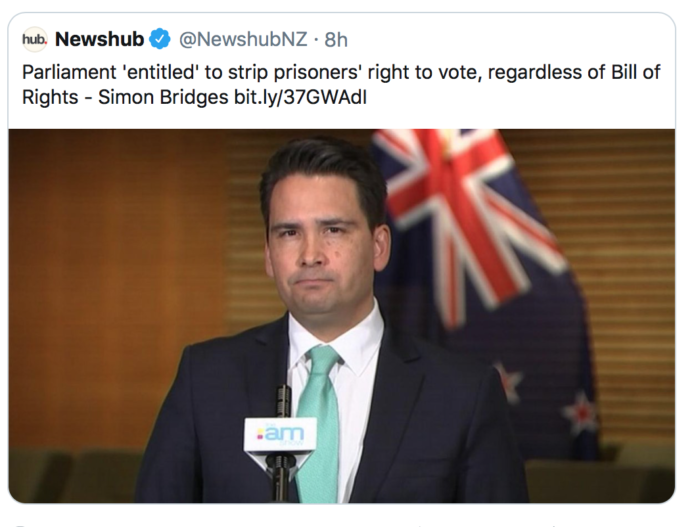 National aren’t dog whistling get tough on crime bullshit, they are canine trumpeting.

The dark place National want to take NZ this election is by playing to our worst angels and draconian social policy to make prisoners suffer despite the counter productive outcomes that spite generates is all the rage.

50% of all prisoners come from the lowest 20% of the social economic spectrum, 60% have literacy and numeracy lower than a 16 year old and within 2 years 61% reoffend and 40% are back in prison. Solutions to that cocktail of damage don’t include creating more punitive conditions.

National have announced a vast wave of civil rights erosions from prisoners to gang members to beneficiaries. This isn’t election rhetoric, National is promising to repeal the civil rights of others and if they manipulate the #MeToo zeitgeist and the current growing lynch mob smouldering over the Grace Milane case, National could easily win wide support from an angry public.

No matter the cost.

The latest attempt at eroding prisoners civil rights are National’s calls for forced labour camps. What National are ignoring is NZ is signed up to International Labour conditions that specifically ban forced prison labour.