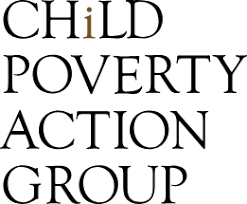 Child Poverty Action Group (CPAG) joins ActionStation and Auckland Action Against Poverty (AAAP) , in calling on the Government to end the punitive and harmful rules around relationships in the welfare system.
The trio of organisations has this morning launched an open letter asking the Prime Minister to act urgently to end the isolation people on benefits experience as a result of punishing rules which deny them vital support to get them through hard times.
Other organisations who support this initiative and have already signed the open letter include the Disabled People’s Assembly (DPA), The Workshop, The Aunties, HELP, Te Kupenga National Network of Stopping Violence Services, FinCap, Zonta (Auckland), We Are Beneficiaries, CCS Disability Action National Office, and the Auckland Women’s Centre.
“Healthy relationships are good for everybody,” says Associate Professor Susan St John, CPAG’s Economics advisor and spokesperson on relationship policy. “Today’s rules belong to another century, and involve an unacceptable degree of scrutiny and judgement of people’s lives.
“Modern relationships are complex and current policy is based on archaic notions of the relationship and what is expected from partners. It assumes that a couple has lower costs than two people who share accommodation and that a new partner is able and willing to support a sole parent and their children. These assumptions are based on old ideas that do not apply today, if they ever did, and which have forced many into unacceptable poverty.”
St John says that the Work and Income practice of encouraging ‘dobbing in’, whereby people, often disgruntled and bitter ex-partners, report on beneficiaries’ suspected ‘relationships, is deplorable.
“The judgmental scrutiny of those struggling on a daily basis just to survive on a meagre benefit, has created a culture of fear,” says St John. “The consequences of being investigated, demands for repayments and even prosecution and imprisonment can be severe.
“The stress this causes for those policed in this way can result in long-term mental health problems. When a sole parent loses their benefit because of a new partner, children may be exposed to seriously dangerous situations, and their livelihoods compromised.
“Nobody should be forced to give up their financial independence, or to be forced to stay in potentially harmful relationships because of badly designed policies. We know that couples on a benefit with children are the poorest groups in the welfare system.”
CPAG says it’s time for the Ministry of Social Development (MSD) to end the invasive scrutiny that Work and Income applies to the private lives of people who rely on the welfare system for support. A solution is for the MSD to change how relationships are treated so people are able to access what they need they need to live a dignified life, and to allow them the space they need to build healthy and necessary relationships.
CPAG has called for a complete reform of the law relating to relationships. Critical to this reform is the removal of the couple penalty by raising the ‘married’ person rate of a benefit to the single rate, and allowing each person to earn additional income as they would be able to if they were single. Sole parents should be allowed to retain their benefit, if they wish, until such time as they meet criteria in accordance with the Property (Relationships) Act.
Adds St John: “For example, two people flatting together on the Supported Living Payment are entitled to $273.70 each a week or $547.40 between them. When Work and Income deems them to be in a marriage like relationship” their total income falls by $91 a week. Two sole parents flatting together would be $288 a week worse off if deemed to be in a ‘relationship’.
The Welfare Expert Advisory Group, in its recent report Whakamana Tāngata: Restoring dignity to Social Security in New Zealandstated that: “the financial penalty for partnering is significant and may be unduly influencing partnering decisions” and suggested the MSD should move move towards individualisation of benefits.
“We join AAAP, ActionStation and other allies in calling on the Government to update the relationship rules. Everyone should be able to maintain their financial independence and live safe, healthy lives, regardless of their relationship status,” says Georgie Craw, spokesperson for CPAG.
The open letter is available online and attached herewith. We urge others to sign on to support healthy lives and healthy relationships in Aotearoa. To join this call to action as an organisation contact Ruby Powell at ActionStation – ruby@actionstation.org.nz.
For more information see:
– “Relationship Status and the welfare system in Aotearoa New Zealand” a 2019 report written by researchers Olivia Healey and Jennifer Curtin for the Peter McKenzie Project, published by The Public Policy Institute (PPI), University of Auckland and CPAG.
– CPAG’s Whakamana Tāngata response “The experts can all agree” (2019).
– “The complexities of the relationship in the welfare system” (CPAG, 2014)