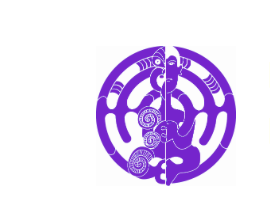 The enduring crisis of child poverty in Aotearoa New Zealand must be addressed with greater energy by government, the country’s professional body for social workers said today.

sidelining- it’s a mark of shame on us as New Zealanders until we begin to really turn it around and acknowledge that we must step up and do more to protect present and future generations,” Lucy Sandford-Reed, ANZASW Chief Executive, said.

“While the Association welcomes the progress outlined in this week’s report on the Families Package, without more action on welfare, as Children’s Commissioner Andrew Beecroft noted in May, transformative change for children / Tamariki in poverty will not happen.

“The government claims it is ‘on track’ to lift 50,000 to 74,000 children / tamariki out of poverty, in line with its three-year targets, but, with the pressure that is continuing to heap up on low income New Zealanders, with record numbers applying for hardship grants, we can’t be confident yet that this outcome will actually be delivered.

“There are viable, ready-made policy options for the government to consider and implement if they want to make sure they don’t fall short of the mark- these are contained in the Welfare Experts Advisory Group report: Whakamana Tāngata,” she added.

The Association believes that, with a healthy budget surplus, there is the fiscal space to be brave on this matter, especially given the gravity of the issue. Having commissioned Whakamana Tāngata, the government has only so far agreed to implement 3 of its 42 recommendations.

ANZASW also believes that the arguments made against taking action to reduce structural child poverty due to upfront costs ignore the savings produced by downstream benefits.

As Whakamana Tāngata noted, investment in our young New Zealanders would pay off materially by reducing “health and justice costs over the longer term, along with an improved economy with higher participation in the skilled workforce,” as a result of better school performance.