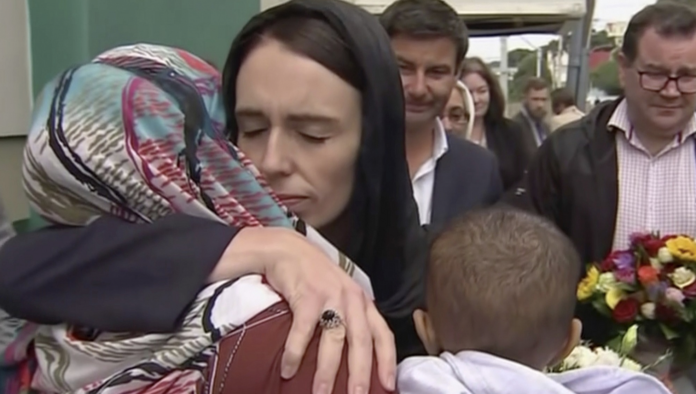 We were all horrified by the atrocity in Christchurch.

That a person could carry out a white supremacist terror attack on NZ soil in the modern age shocked and disgusted all righteous people.

The emotional stress of being a leader during this time was extreme and Jacinda’s courage and strength shone as an example for the entire planet.

She was right to ban the weapons the terrorist used.

She was right to meet with social media providers and demand they be accountable for allowing live streamed murder and violence to not only be accessible on their platforms but share them to millions.

She was right to not name this deformity and give his hatred none of the attention he so sickly craved.

In the wake of this atrocity the security apparatus have seized upon the Government’s disgust and anger to push for huge advances of power.

This is problematic because it was the Intelligence Apparatus who failed us all so spectacularly. How could a white supremacist who crossed the border on several occasions, who was looking at hard core internationalist white supremacy online and who had been complained about on numerous occasions from others who met him at shooting clubs be ignored while the Greens, MANA, Greenpeace, investigative journalists, Muslims and Māori all get spied upon?

Why are we giving the security agencies more power when they have misused the powers they already have?

New powers to allow roving armed Police that go beyond incidents where a gun isn’t actually presented is a recipe for disaster to those communities where the Police open fire first and ask questions second.

The new Firearms Prohibition Orders (FPO) allow for vast breaches of human rights which can be exploited by the Police with very little way of checks and balances and as the Chief Justice to Parliament points out, the new proposed terrorism Bill is an affront to civil liberties…

The highest judicial officer in the land has taken the rare step of writing to Parliament to expose holes in a proposed law aimed at shackling Kiwi terrorists who come home after fighting overseas.

Chief Justice Dame Helen Winkelmann has sent a written submission to the foreign affairs, defence and trade select committee to outline her concerns with the Terrorism Suppression (Control Orders) bill.

The bill would let police apply to a High Court judge for a control order to impose conditions on a terrorist who returned to New Zealand after being involved in terrorist activities overseas.

…and that follows even more strident criticism by the Privacy Commissioner…

…as someone who has personally fought Police abuse of power, handing these buggers even more power isn’t a solution.

There was much to celebrate in Jacinda’s initial response to the Christchurch atrocity, but agencies who see an opportunity to expand powers while they currently misuse those they have isn’t a solution to extremist violence.

No one is being made safer by these unchecked expansions of Police and State power.