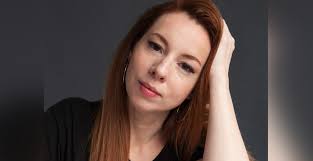 Simon Shepherd: It’s Transgender Awareness Week, the same week a feminist group, Speak Up For Women, has brought Megan Murphy from Canada to speak in New Zealand. Murphy is a radical feminist who believes trans women aren’t women, views that have seen her banned from Twitter. We asked representatives from several trans and rainbow organisations to engage in a debate, but no one was available. So I began by asking Megan Murphy to explain her position.

Megan Murphy: Sure, I mean, my position is pretty straightforward, in my opinion. I don’t believe that it’s possible to change biological sex. So I think that you’re born either male or female, and you remain male of female for life. So I disagree with the idea that you can identify as female if you’re male. I also, of course, have concerns about gender identity legislation and policies and the way that they impact women, and particularly women’s spaces where women and girls might be particularly vulnerable, so change rooms, transition houses, prisons.

We’ll get to those specific examples in a moment. Gender self-identification — what is wrong with a trans person declaring that they’re a woman, though, if that’s how they feel?

Well, being a woman isn’t a feeling, it’s a fact. I guess I don’t quite understand what the purpose is, in identifying as the opposite sex. I understand that some people suffer from, you know, what you might call gender dysphoria.

That’s right. And that’s a medically recognised diagnosis, isn’t it?

Well, the problem is that now gender identity legislation and policy isn’t based on any kind of medical diagnosis. I would disagree with the concept of gender dysphoria, but that’s sort of a more complicated topic we could maybe get into later. But right now, what we’re talking about is literally just a person announcing that they’re the opposite sex, based on nothing, not based on any kind of mental illness or whatever.

Well, there is one thing that we should raise, though. What about intersex people — the definition is people who do not fit the typical definitions for male or female bodies. Where do they fit into this?

Well, they don’t fit into this, because trans people aren’t intersex, they’re just males or females who don’t identify with the gender stereotypes attached to males and females.

Yeah, but you are saying that biologically you are one or the other, but these people are both or neither.

Right, so, if someone chooses — if they are intersex and they choose to become a female, is that acceptable to you?

Well, I mean, this conversation really doesn’t have anything to do with intersex, so I’m not particularly interested in debating that issue. I think that’s separate. And, you know, I’m not a doctor, so that’s an issue between the person and their doctor, how they want to go about dealing with this condition.

Sure, but it doesn’t fit into your—

But what we’re talking about is a male who’s obviously male, clearly male, simply saying, ‘I’m a woman,’ and expecting to be accepted as a literal female.

The non-binary community is tiny; some studies here put it at about 1%. So why does a feminist like yourself feel threatened by trans people calling themselves women?

Well, I don’t know that it’s about me feeling threatened per se. Is that I have concerns for the impact on women’s rights as a whole, and particularly marginalised women. So, for example, when we’re talking about female prisons, the women who are in female prisons are among the most marginalised people in the country. And men are being transferred to these prisons and assaulting and sexually harassing these women.

Trans people have a high suicide rate here. There’s a study recently that more than 50% of them have considered suicide in the past year. They are very marginalised as well. Shouldn’t there be some empathy towards them?

I totally have empathy towards people who struggle with gender dysphoria, who struggle with mental illness, who struggle with, you know, their identities, who are marginalised in various ways. It’s really not about empathy or a lack of empathy. I mean, we’re talking about legislation, so it has to be about more than just how you feel. And really, what I’m concerned about is why no one in this conversation seems to have empathy or concerns for women and girls — I mean, they’re totally being left out and shut out of this debate.

And you are fighting for what you say has been the oppression of women over centuries. Do you believe that, in a way, this is also the oppression of another minority, or a marginalised society — that your opinions about them is marginalising them and oppressing them?

Well, I mean, my opinions about people who identify as trans are not offensive or judgemental or hateful in any way. I’m really just saying these basic things like you can’t change your sex.

Yeah, but some cultures have accepted this for years. I mean, there’s cultures around the world that have a history of gender fluidity. So why is it an issue right now?

I don’t have an issue with gender fluidity. And many of those cultures actually didn’t necessarily accept these people as literally the opposite sex. They accepted them as, you know, a male who adopted feminine stereotypes. Or there was, like, a ‘third gender’, but it wasn’t the same as what we’re talking about now.

So you’re saying that society— In your view, should society treat trans people differently, have a different category than male or female?

No. I mean, the problem with trans is that there’s no definition of transgender. It’s just an announcement. So there’s no way to discern who is transgender. You know, what does that mean? What does it mean to be transgender? It’s just something that you say.

The transgender community feels feminists like yourself are what they call exclusionary. They call you TERFs — trans exclusionary radical feminists.

So you’re excluding them from society. That’s what their argument—

I’m definitely not excluding them from society.

And I’m not excluding trans people from anything. I mean, females who identify as transgender are welcome in women’s spaces, males who identify as transgender are welcome in male spaces and welcome everywhere else. What we’re saying, what we’re talking about specifically is men, so I really feel frustrated when people start talking about it as oppression of trans people or about transphobia, for example, because it’s really not about the trans identity. It’s really about biological sex, and that’s it.

These people feel like they’ve been trapped in the wrong body. That’s one of the things that you hear.

Well, it’s not possible to be trapped in the wrong body. You’re just born with the body and you deal with it. I mean, lots of people don’t like their bodies and wish they had different bodies, but, you know, too bad.

So, you’re a male; you’re always going to be a male. That’s right? You just cannot identify—

Of course. And everyone knows that. I mean, you have to agree it’s not possible to change sex. How would that happen?

Do you think that you have the privilege in this debate?

I mean, you know, you are a cis-gender woman, and—

I am not a cis-gender woman. I don’t identify with femininity.

Okay. All right. So you’re a woman.

Okay. You’re a female. But you are not being marginalized, are you? I mean, because women are 50% of the population. So therefore you have the power in this relationship with people—

I mean, I— Me personally— This conversation really isn’t about me personally. It’s about all women and girls, and around the world, you have to agree that women still suffer enormously in many parts of the world. I mean, in Saudi Arabia, women still, you know, can’t function on their own. They’re not allowed to drive.

Sure. So, I guess the argument is with that kind of understanding, why do you not have an understanding of people who feel like they are in the wrong bodies and they want to identify as women and that’s what their natural state should be?

You know, we can’t base legislation based on a few people’s feelings, especially when those people are male and potentially present a threat to women and girls.

I mean, just because a man identifies as a woman, I don’t think that means he should be allowed access to women’s change room and be able to be there naked with his penis out around women and girls.

All right. So, they can—

I think surely you can agree that’s inappropriate.

Okay, so let’s talk about the practicalities. You say that a trans woman who hasn’t had a genital change should not be allowed into women’s spaces. Is that right? In women’s changing rooms?

Okay. So you shouldn’t share bathrooms. What about sport? Should trans women compete against other women in sport?

I mean, this is a really big issue, and I’m really glad that you brought it up, because males have an obvious advantage over females in most sports, and that’s why they compete separately. So, you know, women fought to have the right to compete on fair ground, and that’s being rolled back really quickly, and they’re being forced to compete against males. And there’s no— There’s nothing that a man can do, you know— These are men who have gone through puberty; they have male bodies. Even if they reduce their testosterone, that doesn’t mean that they—

Because many sports bodies do have levels of testosterone that are acceptable to have trans women versus women.

I know, but those men still have more muscle mass, their bones are different. You know, males have, like— their bodies are completely different than female bodies. They have different organs — they have bigger lungs, they have bigger hands, they have longer limbs, and you can’t change any of that by reducing testosterone.

What about self-identification on passports and drivers’ licences, these official kinds of documents?

I mean, I don’t see the point, but, again, I think that it’s dangerous to legally change a person’s sex, because what that means is that then that person, if he’s male and he has changed his sex to female on his ID and whatnot, then he must be accepted in women’s transition houses, in female prisons, in women’s change rooms.

Are trans women really a threat in those kinds of places?

So you’re saying that a male cannot change their spots if they’re a bad male, whether they be a trans woman or a male?

I mean, I hope that men can change their spots. By transitioning, they’re definitely not changing anything. That’s not the kind of change that we’re looking for.

You say that self-identification is a regressive ideology that’s trying to erase sex-based rights. So you’re saying that if somebody wants to self-ID as a trans woman, they’re erasing women’s rights.

I think that if ‘woman’ no longer has a definition and there’s no such thing as a women, then there’s no basis for women’s rights.