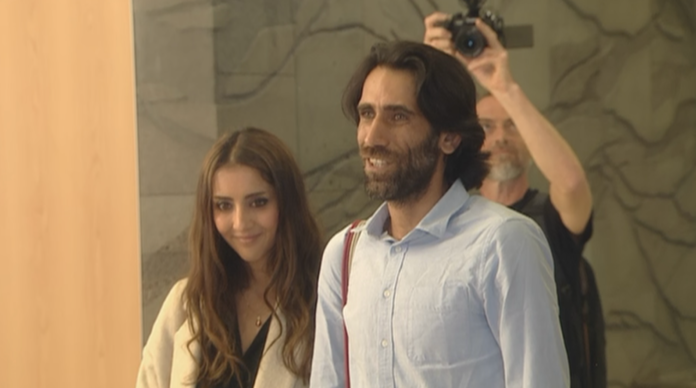 An award-winning journalist previously trapped on Manus Island, Papua New Guinea, has touched down at Auckland Airport and has been granted a visitor visa for New Zealand to appear at a special WORD Christchurch event on November 29th.

Behrouz Boochani, a Kurdish journalist from Iran, is known the world over for his work reporting on human rights abuses from within the Australian government’s refugee detention centres.

Amnesty International has long documented human rights violations at the Australian’s illegal policy of ‘offshore processing’. It is a humanitarian crisis where thousands of people have been stranded in detention centres indefinitely, in conditions that amount to torture. In October Senate hearings, the Australian government confirmed that 562 refugees and asylum seekers remain in Papua New Guinea and Nauru under these cruel policies.

“We campaign for the rights of refugees around the world. Behrouz is not only a refugee, but a human rights defender whose dedicated journalism from within a detention centre earned him several awards and accolades. He is a voice for truth and we can’t wait to welcome him here. Seeing him arrive will be very moving.”

De Ronde says the visa is a glimmer of hope.

“For Behrouz to be able to appear at WORD Christchurch, it’s a testament to the human will to survive. Like thousands of others trapped in the cruelty of offshore detention, he simply wants freedom in a safe place. This is a spark of hope after he has fled violence and persecution, first in Iran and then from Australian authorities.”

She adds the visa is a stark contrast to Australian government attitude to the situation.

“The New Zealand government has stepped up and shown leadership by allowing the acclaimed journalist and writer to visit for this event. Refugees are people who deserve a safe home, and a life of freedom and dignity. It’s great to see Behrouz’s talents recognized and rewarded in this way.”

“Around 500 refugees and asylum seekers remain in Papua New Guinea and Nauru, countries that cannot protect their liberty, safety and security. These people were forced to flee persecution – and after nearly seven years, hundreds are still waiting for their freedom. Their courage to continue fighting for their freedom is nothing short of inspirational. In the face of shocking disregard for their rights and humanity, they continue to show a perseverance of will and hope that few people possess.”

“There are solutions: Behrouz is the latest example of the solutions available. The Australian Government should get out of the way and let these people be free.”