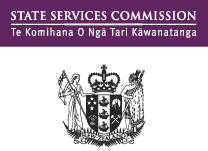 State Services Commissioner Peter Hughes has today terminated the investigation into how Budget-sensitive material was accessed at the Treasury and appointed a new inquirer.

The Commissioner said the integrity of the current investigation, led by Mr Murray Jack, had been compromised.

A key member of Mr Jack’s investigation team failed to declare a conflict of interest.

“It is very disappointing this has happened,” said Mr Hughes. “Unfortunately, this person has not met my expectations or Mr Jack’s expectations.

The Commissioner had the option of continuing the investigation but he was not prepared to risk any possibility of compromise.

“Starting the investigation again is the right thing to do,” Mr Hughes said. “Near enough is not good enough when it comes to integrity.”

Terminating the current investigation will be disappointing for staff at the Treasury but it is appropriate to take the extra time to ensure the investigation’s credibility.

Ms Jenn Bestwick has been appointed to lead the fresh investigation, which will commence immediately.

The inquiry will be conducted using the Commissioner’s powers under the State Sector Act 1988.

The objective of the investigation is to address concerns about the security of the Treasury’s Budget process, focusing on what happened, why it happened, the lessons learned, and the actions the Treasury needs to take to ensure that a similar incident will not happen again. It will investigate, make findings on, and report to the Commissioner according to the same Terms of Reference as the original investigation.

Interview transcripts and other material gathered during the course of the current investigation will be reused to the extent possible.

Mr Hughes said he expected the total cost of the inquiry, including the new investigation, would be completed within or near the original budget of $250,000.

The new investigation is expected to report at the end of February. Mr Hughes will not be making further comment until then.