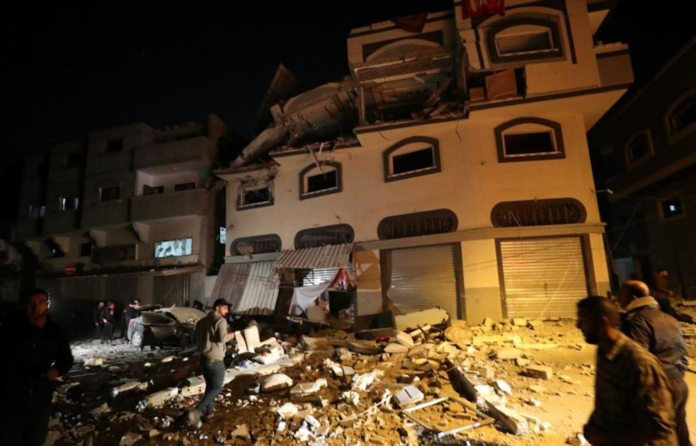 In a letter today to the New Zealand Foreign Minister, Winston Peters, the Palestine Solidarity Network Aotearoa is calling on the government to condemn the political assassination of two leaders of Islamic Jihad.

Within the last 24 hours Israel simultaneously attacked the homes of two leaders of Islamic Jihad in Gaza and Syria, killing Bahaa Abu Al Ata and his wife in their house in Gaza, and the son of Akram al-Ajjouri in the al-Ajjouri house in Damascus.

Whatever one thinks of the policies and actions of Islamic Jihad they are the micro issue. The macro issue is the brutal racist behaviour of Israel which has terrorised the Palestinian population of Palestine and the wider Middle East for over 70 years.

We want Winston Peters to demand an explanation from the Israeli government for these illegal political assassinations, as well as the blatant breach of both the 2014 ceasefire agreement with Hamas, and the recently-negotiated (20/05/2019) six-month ceasefire agreement which is technically still in force.

With the death and destruction which follows this Israeli outrage we join with the rest of the world in calling for medical and financial assistance, and the lifting of the blockade of Gaza, to alleviate the suffering of the Palestinian refugees.