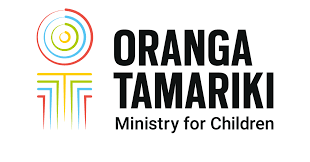 Government department Oranga Tamariki’s investigation of its own failings in a single child uplift in Hawke’s Bay is classic evidence of the need for an urgent inquiry into the performances of its staff, according to family wellbeing group Whanau First.

The group, which was in the process of being formed at the time of the independent emergence of details of the May 6 events at the Fallen Soldiers Memorial Hospital I Hastings, says the failures for which Oranga Tamariki Grainne Moss has apologised are far from isolated.

“There are hundreds, if not thousands, across all of New Zealand, who are due not only apologies but also redress for the way they and their families have been treated and the irreparable damage that has been done,” said spokesperson Louise Hutchinson.

“We believe there is a culture of deceit and dishonesty across the more entrenched staff if the department and that along with repairing the damage there is a need to establish how this culture developed, and why,” she said.

“One single apology is not going to change anything, she said. “What needs to change, right now, is that the staff of this outfit need to know they will be held accountable for their statements and actions, that they cannot just say and do as they like.”

“There are indications in this very single case that staff acted to mislead the court. Perjury if you like, maximum penalty seven years in jail.”

Ms Hutchinson said: “It would be ridiculous to assume this is isolated. It is common practice, and we have no doubt this would be exposed by even the most meagre of inquiries. The Government has a substantial amount to lose if it does not move to deal with this straight away.”