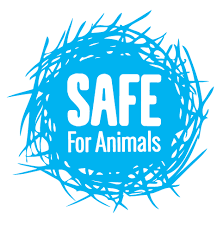 A live export vessel has covertly berthed at Timaru Port, bringing this year’s shipments of live animals up to a total of eight.

Livestock carrier Brahman Express berthed at Timaru Port on Thursday night. The ship came to the attention of animal rights organisation SAFE on this morning. The ship isn’t listed on the Timaru Port website, which normally has the Port’s full shipping schedule publicly published. It is not yet known how many animals the vessel intends to export or to what destination.

SAFE Campaigns Officer Mona Oliver says it is clear that live export companies see the writing on the wall for their business.

“Agriculture Minister Damien O’Connor ordered a review of the trade in June, and has indicated he favours a conditional ban on live exports. These companies are fearful that their brutal trade is coming to an end and are rushing to get animals out of the country. These exports must be stopped while the review is underway.”

“The ports that are used to export live animals are leaving livestock carriers off their public shipping schedule. Caring Kiwis are opposed to the live export trade and the industry knows it.”

This year, live export corporations have exported more cows than in all of 2018. This included a consignment of 3,383 cows aboard the Yangtze Fortune in September. This was immediately after the same ship was rejected from exporting 5,000 cows from Australia, following a biosecurity breach and subsequent investigation into the exporter.

“The Ministry for Primary Industries has frustrated any attempt to get information about these shipments. On multiple occasions, it has refused to confirm who the exporters are and has delayed responses to our Official Information Act requests to find out when these shipments are happening.”

“Minister O’Connor knows about the suffering of New Zealand animals overseas. It is time for him to act and end this cruel trade.”