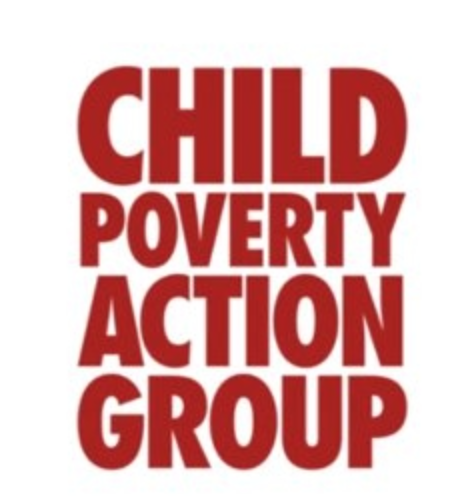 Child Poverty Action Group (CPAG) has launched a series of papers to highlight the problems children face living in food insecure households. The first three papers in the series, entitled Aotearoa, land of the long wide bare cupboard , are available for download now.

Food insecurity occurs when people do not have enough money for regular meals, or for the right kind of food. Undernutrition, deficiencies that impede growth and brain development, obesity and diabetes are some of the health concerns that arise from poor diets associated with poverty.

Tragically, according to new research by the Auckland City Mission, it is estimated that at least 500,000 people are experiencing food insecurity on a regular basis in Aotearoa New Zealand – around 10% of the country’s entire population. Last year the Child Poverty Monitor reported that one in every five children live in households without access to enough food or healthy food.

“We want the opposite of this,” says Georgie Craw, CPAG’s Executive Officer. “Imagine a future where all children have access to healthy and nourishing food. Imagine all politicians being committed to ending unnecessary hunger in New Zealand.”

“Currently, although families are trying their best, many are so under-resourced they can’t provide their kids with the food they need. Parents – particularly mothers – often skip meals to make sure their children get enough. They need more support than they are currently getting.”

Reports from the charity sector indicate that need is increasing, and many providers are so overwhelmed they are unable to sustain their own services. Recently, a Salvation Army in Waitakere ran out of enough food to meet the demand.

Helen Robinson, General Manager of Health and Social Services for the Auckland City Mission said that the resources we have need to be distributed differently, which is perhaps the “real challenge”.

“Unless we choose to intervene and change the status quo, we are condemning all those who are food insecure, especially women, women raising children, women sole parenting, Maori and Pasifika, to not having enough food on a weekly basis, to being unwell at least half of their days and to suffer distress, for as long as the food insecurity lasts. For some, that is years,” says Robinson.

For low-income families, being able to meet their children’s nutritional needs is a significant factor enabling their children to have good outcomes. A recent report from the Ministry of Social Development that looked at what factors are at play when kids at risk of adverse childhood experiences (such as abuse) “beat the odds”, found that not being forced to buy cheaper food so parents could pay for other needed items was a significant factor.

CPAG says that reducing toxic stress associated with poverty is critical, if children are to live healthy lives. Ensuring that families have enough income so they can eat healthily without compromising other necessities must be an urgent, priority focus for the Government.

“Something has gone awry when we live in a country where resources are so plentiful, yet hundreds of thousands of people have bare cupboards,” says Craw.

CPAG joins the Auckland City Mission’s call for the Government to reinstate the annual New Zealand Nutrition Survey, with a specific focus on gathering information about how adults and children are affected by food insecurity.

“Along with our partners at ActionStation, NZCCSS, FinCap and The Workshop, we are also calling on the Government to implement many of the priority recommendations from the valuable Welfare Expert Advisory Group report, including restoring benefit incomes to an adequate level, allowing people to earn more from paid work before their benefits are reduced, individualising all benefits, and removing sanctions,” says Craw.

“The Government should consider an emergency package before Christmas so that families don’t fall further into distress before any Budget decisions come into play.”

Aotearoa, land of the long wide bare cupboard/Food insecurity in New Zealand is available now for download. Further papers will be released in December and early 2020.

Part 1: Fat, famished or starved in a land of plenty ?, by Professor Elaine Rush. This paper explains what food poverty is, how many children are affected, and discusses some of the negative consequences. Elaine puts forth some potential solutions within the framework of a proposed national strategy to address access and supply.

Part 2: Living with hunger: How families manage when things are tight, by Dr Rebekah Graham. This paper details some of the realities and responses to hunger faced by everyday New Zealanders doing their best to get by on insufficient incomes.

Part 3: Children’s experience of food insecurity in New Zealand , by Dr Sarah Gerritsen. This paper uses research conducted by the Office of the Children’s Commissioner to describe what it is like for children in New Zealand who grow up in food-insecure households.