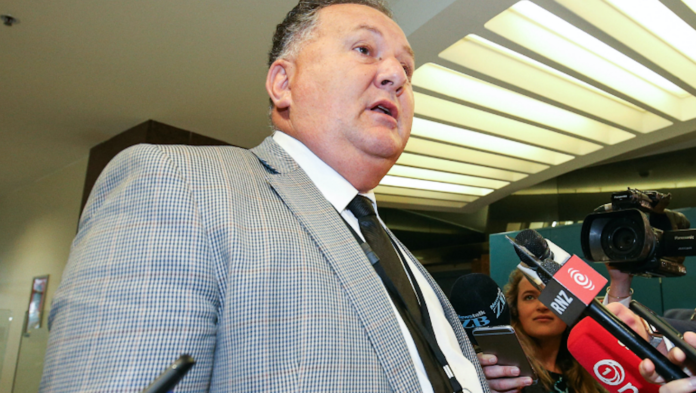 Senior New Zealand First Minister Shane Jones is teasing details of an anti-immigration election promise, as his war of words with the Indian migrant community ramps up.

The outspoken MP and Minister of Regional Economic Development said he will be pitching a policy plan to his MP colleagues this weekend which would involve “campaigning unstintingly next year on a population policy”.

“In the last five years, we have added nigh on half a million people to our population,” he told RNZ.

Sigh – by screaming racist, activists have walked right into Shane Jones trap. This bloke banter routine with the ill judged backlash has just ensured NZ First are guaranteed to get over the 5% threshold.

Most NZers will feel that there isn’t anything wrong with enforcing Immigration rules that stipulate a person lives with someone before they are married to prove the relationship is real so will see attacks on Jones as a lack of gratitude towards the host country rather than proof positive he dons Klan robes.

Personally I think Immigration NZ should take into account arranged marriages, but by accusing Jones of being  racist, it’s empowered him to insert himself directly into the fertile Immigration voting pool where no one else dares to tread.

It’ll be difficult for NZ First to stay under double digits if Jones is allowed to play the falsely accused victim.

You fight Shane Jones by ignoring him, not feeding him news oxygen.