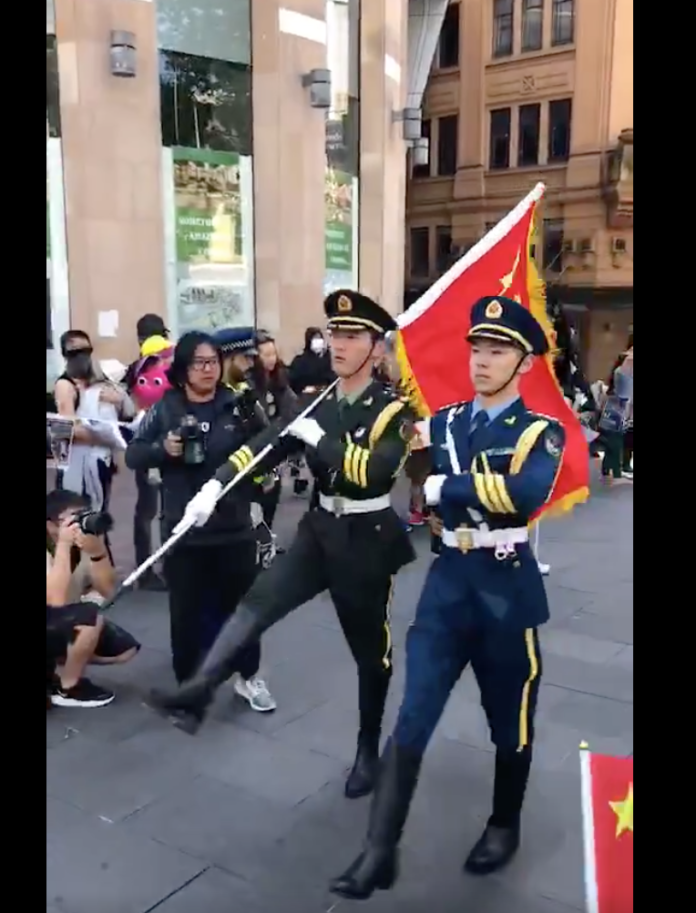 While people dressed up in Chinese military uniforms march up Queen street in the weekend, while Hong Kong crackdowns continue, and NZ mumbles our very, very, very quiet problems with China running brutal gulags that harvest body organs from dissidents, our Chinese Overlords trick us into an expanded ‘free’ trade deal…

According to the Government, the key outcomes of the upgrade include:

• New rules that will make exporting to China easier and reduce compliance costs for New Zealand exports by millions of dollars each year, such as faster border release of fresh food products, and other products that may have to go through other countries en route to China.

• The most ambitious environment chapter and the highest level of commitment that China has agreed in any FTA. It includes commitments to promote environment protection and ensure that environmental standards are not used for trade protectionist purposes.

…the first ‘win’ is just China getting our goods to them quicker so that we are more dependent on them.

The second ‘win’ really stops us from saying no to water being taken by China if we attempt to use environmental standards to block them.

And the third ‘win’ is simply China positioning themselves to be our largest consumer of wood as we urgently attempt to transition away from Dairy so that they still have us economically over a barrel.

And what did China want for these ‘wins’, why having more Chinese Nationals working in NZ of course…

The only change identified for China by New Zealand was in greater flexibility for visa allocations under the “iconic Chinese occupations”.

The overall allocation of 800 will be unchanged but Chinese tour guides will increase from 100 to 200 places and be broadened to include Chinese tourism specialists; and Mandarin teaching aides will be increased from 150 to 300 places by a redistribution from under-used categories.

…we will slowly become the Tibet of the South Pacific if we don’t reorientate our interests.

All bow to our Chinese Overlords.