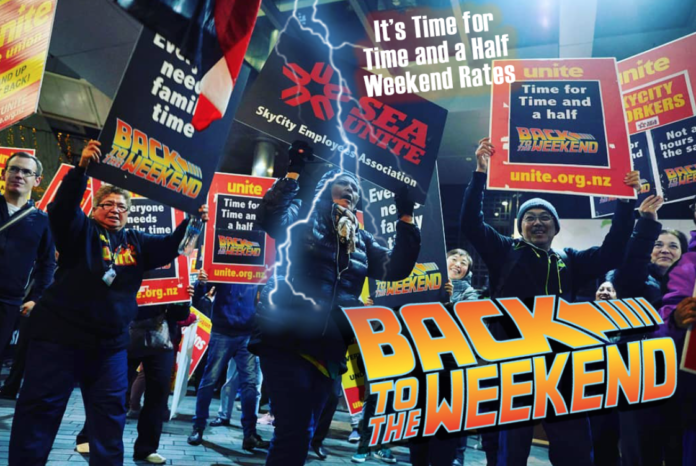 Skycity workers have been striking to bring back time and a half weekend and night rates for over two months now, not just for themselves but for all workers in New Zealand. But now they see that the company has put its profits before the health and safety of its workers, in a terrible evacuation that left many workers inhaling toxic smoke for up to four hours on the day of the fire, and then many more forced to breath smoky air in confined spaces after being ordered back to work on Thursday.

The Skycity workers call on all of Auckland to rally in solidarity with them this Friday 7pm at the base of the Skytower to then reclaim Federal Street from the company. Federal Street is our street.