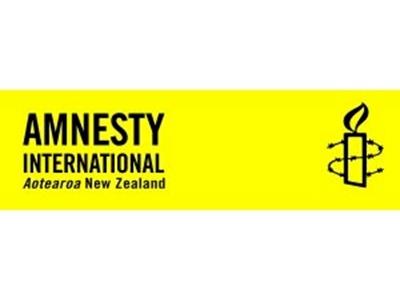 Amnesty International has submitted on the human rights implications of the Arms Legislation Bill.

Advocacy and Policy Manager Annaliese Johnston says the Bill touches on a number of human rights that are integral to people’s ability to live a free, safe and equal life full of dignity, opportunity and promise.

“The 51 people who died on March 15, allegedly at the hands of a gunman who obtained his weapon legally, had their rights taken away from them. As did the many more who were injured and who witnessed the attacks and who will now suffer lifelong trauma, health issues and disability. As did their families, some of whom are among our own members. It is people’s right to life, health, security, physical integrity, freedom from discrimination, standard of living, and right to participate in religious and cultural life that are at stake here. For this reason, we must get regulation on firearms right.”

She says the changes also consider the wider applications of the proposed firearm legislation.

“We are also supportive of the proposed changes that seek to strengthen the protection of those who are experiencing, or who are survivors of, domestic and gender-based violence. This is through the proposal to implement a disqualifying risk factor for those who have been convicted of a serious offence, or who have had a protection order made against them in the last 10 years. This is particularly important in the context of New Zealand’s extraordinary high rates of domestic violence. The proposed changes also better consider the rights of the most vulnerable and of those who may be at risk of self-harm.”

Amnesty International has also made recommendations in addition to the reforms.

“We have made several recommended changes in addition to the proposed changes to ensure that New Zealand is in line with international best practice. These include increasing the age someone can apply for a firearms licence, reducing the number of years a licence can last, and a recommendation to widen the focus of the firearms advisory group to better consider the broader societal impacts of firearm violence.

“These reforms are very much overdue; given the extensive policy development and expert and public consultation that has occurred over the last two decades with minimal change resulting. It brings New Zealand better in line with our domestic and global human rights obligations, including the international covenant on civil and political rights that New Zealand committed to upholding back in 1978.”