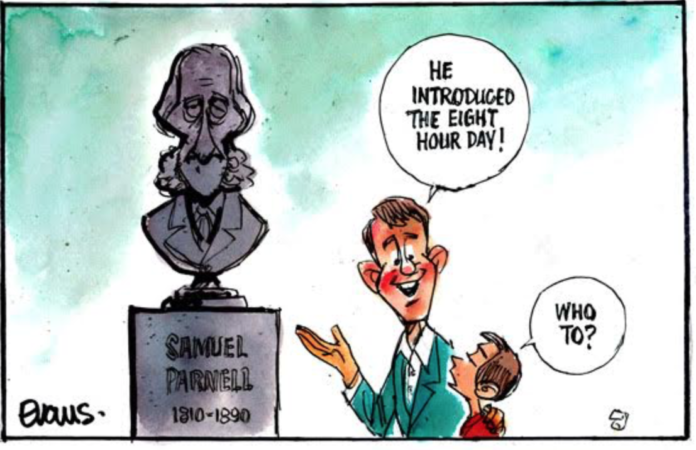 Labour Day became a national holiday in New Zealand in 1899. It was to commemorate and celebrate the rise of worker powers and how the earliest Pakeha settlers coming to New Zealand fought to create a fair balance of power between the boss and the worker.

Samuel Duncan Parnell came to New Zealand on the ship Duke of Roxburgh in 1839. He was a carpenter who was deeply impacted by the arguments of the day that people should be allowed 8 hours sleep, 8 hours to live their lives and 8 hours to the boss to work. He refused to join his Union in England because they refused to make an 8 hour working day a priority.

Once in New Zealand, Parnell refused to work for anyone who wouldn’t accept his 8 hour working rule and actively went and met new workers coming off the ships arriving in NZ to tell them of the 8 hour working culture he was trying to create.

The bosses tried to resist and tried to force workers to work later, but it became standard working hours in NZ after workers began simply walking off the job if a boss tried to force longer hours.

Fast forward to the NZ working environment of today and we see that Parnell would weep at how workers have been beaten into neo-feudalism. Kiwi workers work an average of 43.5hours a week with no penal rates. Many workers are over worked and many others are under worked. Many have a precarious working arrangement and have zero job security while health and safety in this country remains one of the worst in the developed would.

There have already been almost 20 work deaths this year and the shadow of the Pike River Mine disaster hangs over industrial relations.

The Right wings war on Unions in NZ have successfully crushed most into irrelevance and this has happened while worker rights and safety has gone backwards.

When we ‘celebrated’ Labour Day weekend this week, there really wasn’t a hell of a lot to praise.

Samuel Duncan Parnell would be ashamed of how we’ve allowed the bosses to rule with such impunity.

Personally, I’ve always believed that public holidays should be mandatory.

I think that it is incredibly important for the fabric of our society for us all to put down tools as citizens on specific days and all of us venture out into our amazing public spaces and be friendly with one another.

The importance of our civility in public towards each other, the importance of being tolerant while sharing the same space and the importance to actually stop working and enjoy doing nothing but spend time with our family, friends and whanau would do more to building that sense of nationhood than any other thing.

As citizens, we have earned the right to have days off, and we need to hold onto this right and understand it through its universal application that is so important. It’s the need to share our beaches and out door spaces together on these days that builds bonds between families and groups of people who would never otherwise meet in their busy 9-5, 5-9 plus the odd late shift lives.

I would even go as far as demanding a new holiday – New Zealand Volunteers day. The idea being that there is one day a year we all universally have off to help volunteer in society all on the same day. It could be a mass planting, or cleaning up, or helping reach out to the elderly or migrant communities or anyone whose a bit different so we can all feel included.

I would also suggest that we make the date of the election a Wednesday and also make it a public holiday. We bitch so much in this country about not having a day we can celebrate as NZers because Pakeha feel so guilty about Waitangi Day, so why not search for that which binds us and celebrate that? Election Day should be a celebration because we are one of the few privileged countries around the planet that allows political leadership to change minus violence and repression. Our exercising of the right to vote peacefully is celebration in itself and making it a mid week public holiday would do more for participation rates than easily hacked online voting.

That sense of self identity and nationhood that we always whine about not being present during Waitangi Day takes effort and can’t simply be left up to the ‘free market’. The space where that national identity can take shape has to be universally applied in the form of mandatory public holidays and not left to be traded in by unscrupulous employers who if given half a chance would make ‘Hi Ho, hi ho, it’s off to work we go’ the new National anthem.

The thousands of different interactions generated by us all respectfully sharing the same space together on set days would do more for our understanding of each other than a million disagreements ever could.

What is the point of being a citizen in a democracy if we can’t enjoy the leisure of spending time outside in this glorious country? Are we really all wage slaves? Is that what a modern democracy has been denigrated too?

‘I have a dream to work every hour of the day by a boss who is screwing me over’ isn’t particularly inspirational is it?

If we appreciated the importance of actually resting for the sake of our mental, emotional and physical health, we could hold our heads up on Labour Day once again with some pride. 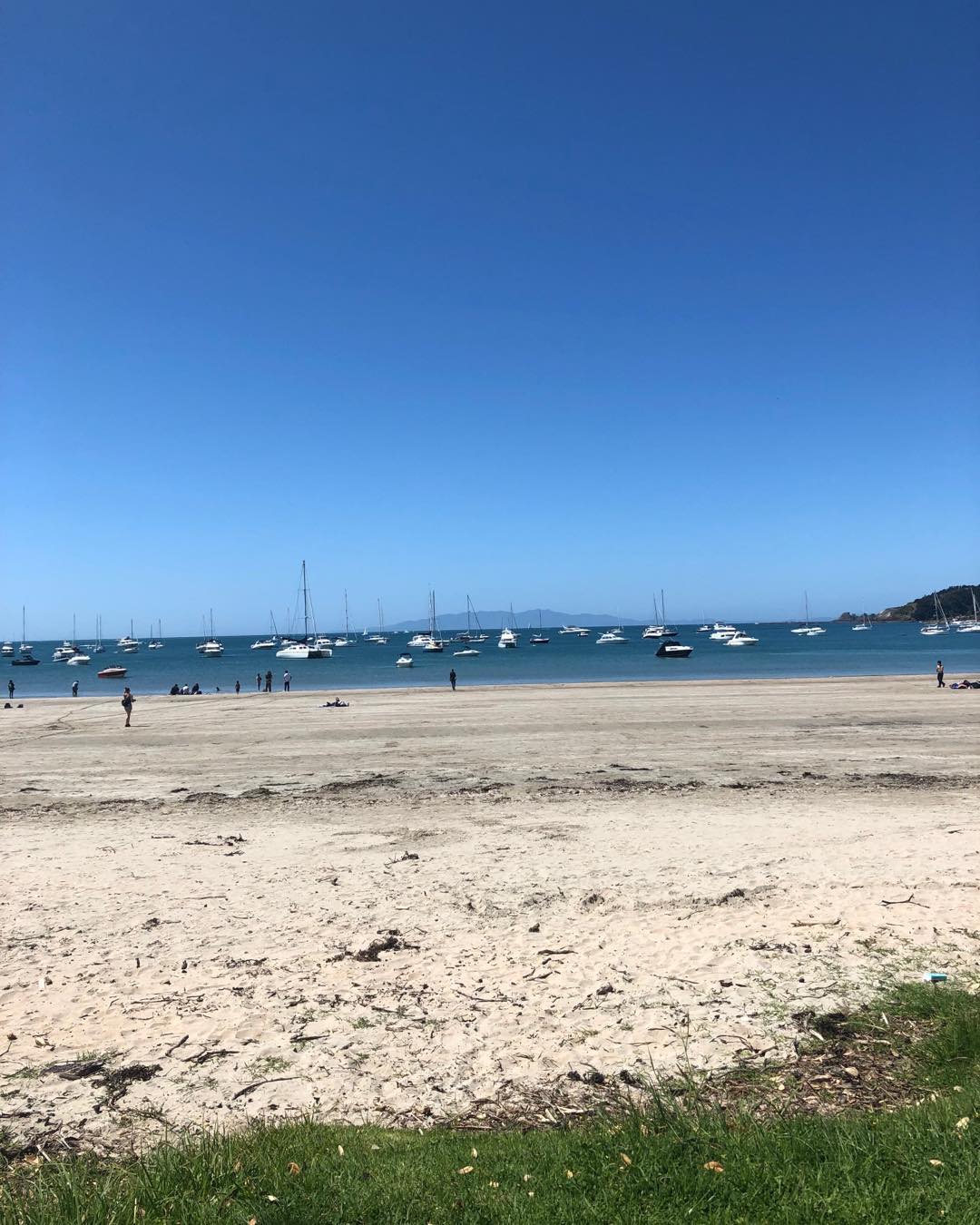