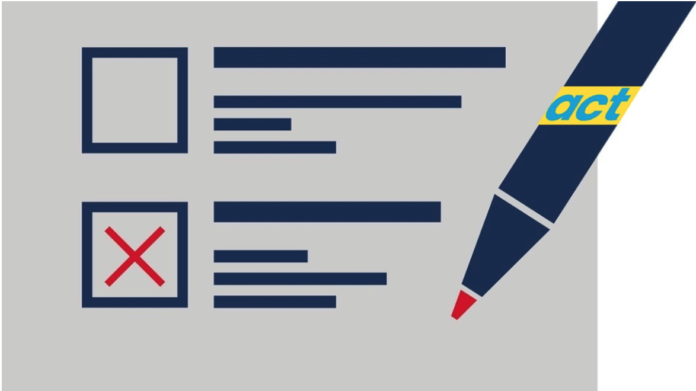 .NZ First’s success in putting the euthenasia bill to a public referenda may not be the victory they believe it to be. They may even have sounded the death-knell for a second Labour-NZ First-Green coalition.

Ms Marcroft voiced her party’s non-negotiable expectations on this issue;

“The New Zealand First caucus’ further support of the Bill is contingent upon the amendment, providing for a referendum, passing.”

Ms Marcroft’s justification for calling for a binding referendum sounded lofty, apparently based on high principle;

“New Zealand First believes this issue directly affects the fabric of society, and is one that temporarily empowered politicians alone should not decide upon. This decision requires the direct participation of the voting public.”

Whether NZ First actually believes that is unclear.

One thing is for certain; if successive polls are any indication, the referendum will pass the Bill into law.

In which case, NZ First can claim – hand on heart – that it “simply had no choice but to follow the will of the people”. So NZ First may escape the wrath of critics of euthanasia who will then focus their electoral retribution elsewhere (or so NZ First hopes.)

But NZ First can also claim praise from supporters of the Bill by pointing out it was instrumental in it’s adoption (albeit indirectly).

Writing for Newsroom, Sam Sachdeva made a similar point;

“But in pushing for referendums on euthanasia and abortion, Peters positions himself either claim the credit or dole out the blame depending on the vote result and fallout, and more easily peel off both red and blue voters come 2020. Politically, it is shrewd.”

All things to all people. It’s a cunning plan, if that was the true underlying reason for promoting the referendum.

Unfortunately, as with most cunning plans, there are often unintended consequences.

This is ACT’s Bill. Relitigating this issue next year as the election campaign heats up gives ACT much needed oxygen –  extra publicity by using every platform available to promote the referendum and promote itself at the same time.

If the publicity of championing the Individual’s right to choice gives ACT an extra couple of percentage points of Party Votes, David Seymour could find himself with three extra MPs.  If National’s support holds at around the 47%-mark – that gives them 57 seats. Fiftyseven National plus four ACT = Prime Minister Simon Bridges.

An unpleasant thought, to put it mildly.

NZ First’s wily old fox and its political strategists may not have thought this one through.

In 1996, the Alliance put forward a Citizen’s Initiated Referenda on whether or not the country’s state forest plantations and cutting rights should remain in public ownership.

The Alliance’s chief stategist-at-the-time, Matt McCarten toured the country, explaining to every electorate Branch that the CIR on forestry ownership would likely boost the Alliance’s prospects at the first MMP election in late 1996. Matt explained that the added publicity of the Alliance policy on public ownership of strategic state assets would be a major draw-card in the coming election. With MMP imbedded as the new, fairer, electoral system, the Alliance would finally be able to capitalise on every vote cast for the party.

No more “wasted votes”.  A CIR, in Jim Anderton’s name, would remind voters which political movement opposed the steady advance of neo-liberalism. That “nudge” in the ballot-booth could benefit the Alliance immensely.

Matt McCarten gave his speech to a packed hall in the Rongotai Electorate in the presence of dozens of party activists; local Alliance candidate, Bill Hamilton, and a much younger Electorate Secretary – Frank Macskasy.

The CIR lapsed due to the high number of valid signatures required – ten percent of registered voters – within an unfeasibly tight time-frame; twelve months.

But the very act of thousands of highly-motivated Alliance activists going door-knocking in the lead up to the 1996 Election Day, presenting the petition; discussing it with householders; reminding them face-to-face that the Alliance was staunchly opposed to privatisation – may have provided an impetus even if the CIR itself failed to gain sufficient valid signatures in time.

After the 1996 Election, the number skyrocketed to thirteen.

Even though votes for the Alliance fell from 350,063 in 1993 to 209,347 (siphoned off to a fledgling NZ First, that had also campaigned on halting asset sales) public support was still considerable. The unsuccessful petition event may have contributed to the success of both parties.

Twentyfour years later, and the stark possibility exists that NZ First may – inadvertently – assist it’s nemesis at the next election.

According to media reports, David Seymour, says  “he didn’t feel strongly either way about the referendum, but saw it as a necessity“. A “necessity” to win more votes and seats next year?

Mr Seymour is not without political nous. With one eye on recent polling and the other on next year’s general election, he may also have calculated that NZ First has inadvertently thrown him a life-line.

If ACT gains exposure from the euthanasia referendum throughout next year’s campaigning, finally reminding voters at the ballot box, the outcome  may be the greatest unintended consequence since the a certain intoxicated Prime Minister thought an early election would be a… cunning plan.

Newsroom: Why Winston Peters is wrong on referendums

The Daily Blog: Why NZ First are right and the Euthanasia law needs to be a public referendum

The Standard: The End of Life Choice Bill

The Standard: Parliament votes to give disabled people the right to a good life