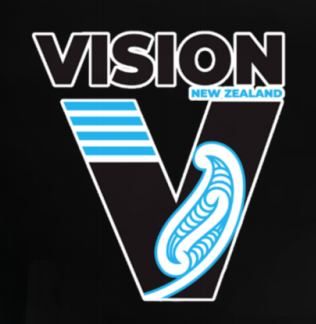 I recently reviewed Vision NZs chances at the polls and thought they had their target off and didn’t stand much chance due to a confused policy platform and ill considered social media posts.

That changed this morning.

I noted that if NZ First took up a populist idea like ‘only citizens can vote’ they would send their campaign into hyper space, it looks like Vision has beaten them to it.

Announced this morning, Vision NZ have called for only citizens of NZ to be able to vote. Most NZers will be surprised that permanent residents can vote as it makes us just one of 4 other democracies that allow this, that means our political system is deeply swayed by residents who aren’t citizens.

This policy, if presented well, has the possibility of becoming an enormous protest vote. NZ First should be very concerned.

ONLY CITIZENS SHOULD VOTE

Vision NZ says it is a mockery that people who have been in the county five minutes can decide the fate of our nation. New Zealand is one of the few countries in the world that gives non-citizens the right to vote.

Vision NZ will put a stop to this madness. “We will make it a bottomline in any coalition negotiations,” Jevan Goulter says. “Come the 2023 election only New Zealand citizens will have the right to vote.”

It is clear that the political class don’t take the issue of citizenship seriously. ‘

“Under Labour and National, people have been able to effectively buy their way into the country. Look at Kim Dotcom for example. Or Simon Bridges’ Chinese mates,” Goulter says.

“Why should these people get the same rights as someone born and raised here?”

Vision NZ believes that it is time for New Zealanders to take back control of their democracy. “Labour and National have sold us out to pander to migrant communities because that’s where the money and votes are,” Goulter says.

…this is going to get very loud, very quick and very messy.