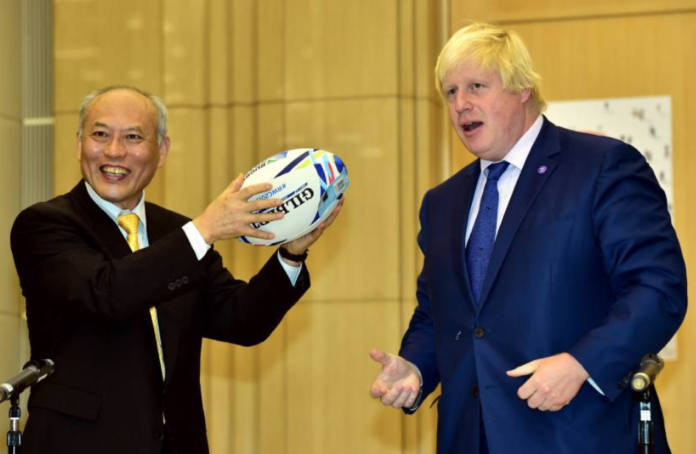 If you’re not interested in politics or rugby then you probably got more sleep than I did last night.

New Zealand’s resounding 46-14 win over Ireland in the Rugby World Cup took our team one step further towards achieving their goal.

The 322-306 vote in the British House of Commons forcing Boris Johnson to seek yet another Brexit delay however, was a backward step for the British financiers backing the Leave campaign because they don’t like the EU’s determination to make banking more transparent.

While many of our own politicians are rubbing their hands in anticipation that Britain leaving the EU would meanus selling more of our exports to the UK , I worry about the money deals that are now embedded in such ‘Free Trade’ agreements.

Boris is struggling to get his new Brexit deal over the line, but if he is successful you can expect City of London financiers to immediately start looking around to see how much money they can make by plundering the economies of the world.

New Zealand is very much on their hit list.

Why? Because Britain is keen to join the CPTPP of which we are a member and Japan’s Prime Minister Shinzo Abe has already said his country would welcome the UK into that 11 country ‘Free ‘Trade deal with “open arms”

There’s nothing “free” about these deals. They come at a cost – to our sovereignty , our independence and yes, even our identity; because the more that others own us, they less we own ourselves.