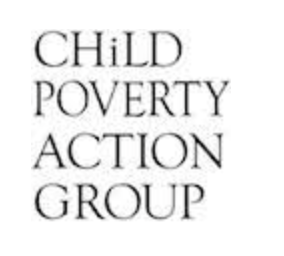 The Salvation Army reported in a paper published October 14 “Debt collection and repossession in Aotearoa” that there were more than 24,000 people on benefits who had “attachment orders” made against them in 2018, orders that diverted a portion of their benefits direct to debt repayments.

The Army recommended the implementation of a “judgement-proof debtor policy” which would protect people on benefits from having debt-related income deductions where they could not reasonably afford the repayments. The paper’s author, Ronji Tanielu, says such a policy would “aid thousands of poorer New Zealanders not to fall into deeper debt traps and spirals, and hopefully to not have to go down the debt collection and insolvency pathways too quickly.”

CPAG and NTM spokespeople, Dr Claire Dale and Natalie Vincent, say that people on benefits are in urgent need of income lifts, and repayments for recoverable Government grants should be waived.

“Income levels are far too low, particularly for families receiving a benefit,” says Dr Claire Dale, CPAG Household Debt spokesperson. “They are queuing for food bank charity, turning to fringe lenders for basic needs, and many are in debt to the Ministry of Social Development.”

CPAG is concerned that families are struggling more than ever to manage their basic needs on benefit incomes, and when they have exhausted entitlements at Work and Income they are forced to turn to charity and fringe lenders.

“It makes no sense to recover grants for essential things such as housing and children’s school equipment from people whose incomes fail to support them to afford their basic needs,” says Dale. “Adding debt essentially compounds the injury of being deprived of a basic right.”

Natalie Vincent, General Manager for NTM says that, more than ever, fringe lending services are providing the short-fall for inadequate benefit incomes.

“We are so pleased that Commerce Minister Faafoi has implemented a total cost of credit rule and a cap on interest rates, but many families are still not protected adequately from the impacts of high interest rates and penalties that compound debt and make them less able to repay,” says Vincent. “Aotearoa needs more socially responsible lending options, such as those provided by Ngā Tāngata Microfinance, that protect families from the adverse impacts of debt.

“Moreover, it is critical that Government follows the advice of the Welfare Expert Advisory Group and increases benefits to a liveable level.”

CPAG is calling for an emergency package for all welfare recipients, and had asked for an extension of the Winter Energy Payment to all those receiving a welfare benefit until more permanent increases had been implemented.

“Food banks are unable to meet the demand, and it’s critical that families are supported to get through the tough period ahead, with Christmas and summer school holidays coming up,” says Dale.

CPAG and NTM also support the Salvation Army’s call for debt collection reform that requires any repossession to be done in a manner that minimises any harm to the children present at the homes of borrowers.

– Established in 2010 with a vision of building a more just and equitable society for people on low incomes, and assisting them toward financial capability.

– Offers loan products at no interest or fees to assist with family asset building and well-being, and for the relief of high interest debt.

– Qualifying conditions for all loan applicants include a low income and the willingness and capacity to repay the loan within 2 years.

– Ngā Tāngata values the relationship that clients have with a financial mentor from Budgeting Services. Financial education occurring alongside our loans is encouraged.

– The loan capital is provided by Kiwibank. J R McKenzie Trust provides funding for operational costs. Good Shepherd in Australia and in NZ have provided advice and support.