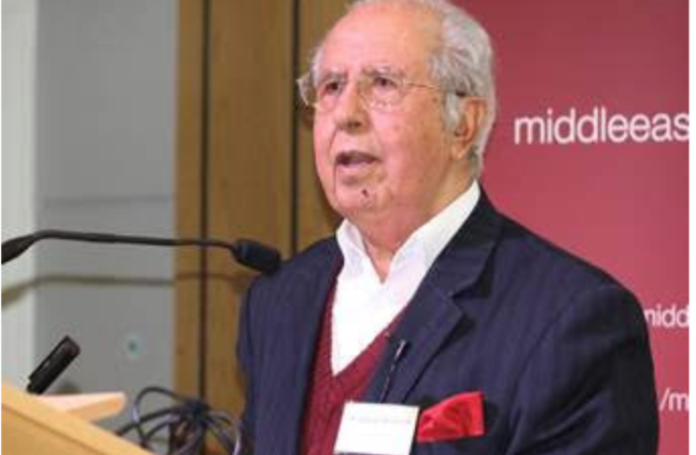 The Palestine Solidarity Network Aotearoa is delighted to announce that esteemed Palestinian scholar and member of the Palestine National Council, Dr Salman Abu Sitta, will be visiting New Zealand next week for two days – Wednesday 16th and Thursday 17th October.

Dr Abu Sitta is the most significant Palestinian representative to visit New Zealand for 20 years.

He has delivered the Edward Said Memorial Lecture in Adelaide, Australia and is stopping here in New Zealand for two days afterwards.

Dr Abu Sitta is a well-respected academic, author and member of the Palestine National Council.
He is the founder and President of the Palestine Land Society, London, dedicated to the documentation of Palestine’s land and People.
On his visit here he will be meeting with MPs and government officials in Wellington and will deliver a lecture at Auckland University.

Further Background:
Dr Salman Abu Sitta grew up in Palestine and as a young man survived the Nakba (Arabic for catastrophe – the expulsion of up to one million Palestinians from Palestine by Israeli militias in 1948)
Dr Abu Sitta is a researcher and scholar of the Nakba. He is an insistent campaigner for the right of return of Palestinian refugees to their homes and land in Palestine as well as a strong supporter of the international role of the BDS (Boycott, Divestment and Sanctions) movement to bring pressure on the Israeli state.

“The Israeli-Palestinian/Arab conflict has arisen because of the Israeli conquest of Palestine in 1948 and the expulsion of its people in order to accommodate newcomers from overseas. The Palestinian struggle is therefore about land taken and people expelled.’

‘The Palestinian Nakba (catastrophe, holocaust) has no equal in modern history. A foreign minority expels the majority of the inhabitants of a country, occupies their land, obliterates their physical and cultural landmarks in a military campaign that is planned, armed, manned, and is financially and politically supported from abroad.’ *

His most recent book is Mapping My Return: A Palestinian Memoir