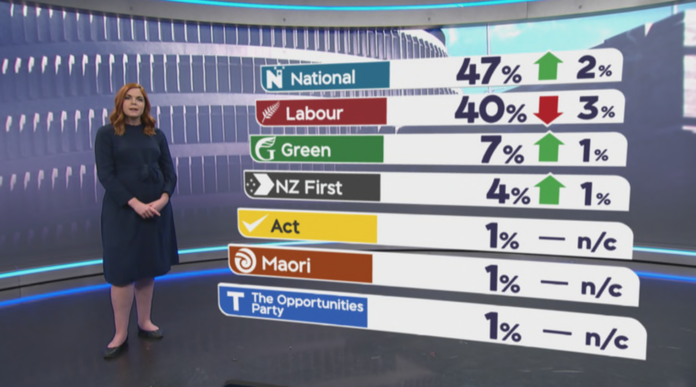 The Spinoff accusations that led right wing pundits and journalists to falsely declare that Jacinda knew about a serious sexual assault and hid it strikes again!

When you consider how many pundits and ‘journalists’ claimed the PM covered up a sexual assault after the Spinoff accusation, it’s surprising Labour didn’t plummet lower.

TVNZ use a 50-50 landline-cell phone methodology so this should help the Greens, yet they managed to only get to 7%.

NZ First are in a  good position to get over 5% for the election, so they remain as a life line for Labour’s second term.

It’s a harsh lesson for Labour that allegations in the age of social media trump actual guilt or innocence but as insane as that is, that’s where we are now.

The deeper irony is that this only hurts the Left, not the Right.

The big hope for progressives is the 18% don’t knows or refused to answer.