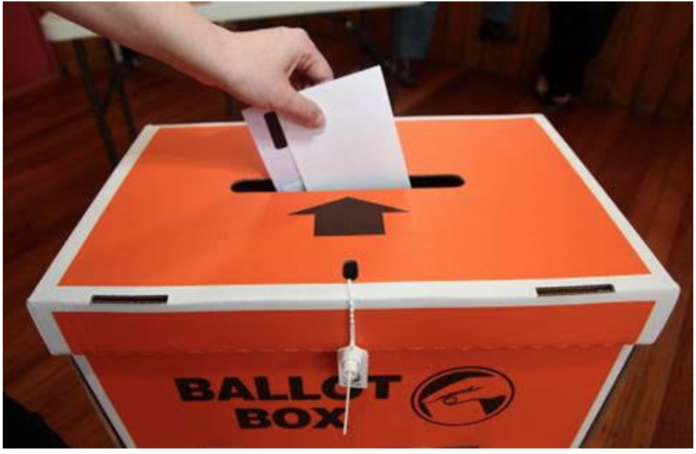 Honest to goodness, I think that local body electors just want to vote in people who they feel comfortable with.  Comfort even rather than competence.  JT ran a challenging campaign and I think that was the death knell for him.  Particularly when he went a step too far out of people’s comfort zone with the sieg heil.  I think he would have been an interesting mayor, if not very even-tempered, but I am not surprised Goff got re-elected.  It’s not policies, folks, it’s smiles.

Some other takeaways from the elections. It is good that the media is concerned about voter turnout because it does get people to vote in the end.  But often it seemed that is all they were interested in.  Where were the in-depth pieces, regionally or nationally, about rates increases, service shortfalls, how Councils will deal with key issues such as water in the future and a myriad of other issues?  There was virtually no analysis at all. One paper this morning noted it was our shame that voting levels were so low.  But I am amazed that any of us still bother.

Only a third of the new mayors are female. We have by no means reached gender equity in the local government area. Voters apparently, with exceptions, still like their mayors to have ties and pee out of their front zip.  Let’s aim for 50% next time, folks.

I did not count the gender of every councillor.  What, do you think I am going to waste my Sunday going through the results of all 80 or so local bodies? Y’all will know if you have achieved a wonderful equity of gender harmony (including various diverse gendered fluid forms). If not, you must do better.

The Deon Swiggs situation in Christchurch shows that the #Me Too movement retains its power, in this case in the gay male context. He did get nearly 1000 votes, but was comprehensively beaten. If the reports show him to have always acted appropriately, he will be a clear victim.  However, I am not sure how else this could have been handled.

There is a brand new, fully elected, Canterbury Regional Council, or ECan as we locals know it. It has been run by a phalanx of retired blokes as commissioners, with a small number of elected people, since 2010. The line-up is exciting and vibrant.  My pick for the Chair is newly-elected but highly experienced person in local government Jenny Hughey. Water in all its forms, and especially forms of rural usage, will be big in this term.

The media are making a big thing about Peter Jackson and celebrity endorsements in Wellington, but I do think that Justin Lester already had an image problem – essentially that he wasn’t really a solutions guy. Certainly the new guy (I have forgotten his name already) is going to have a lot to live up to if he is perceived as Peter Jackson’s poodle.

I saw a small number of Māori names as I worked through the results.  Local Government is still an area to be conquered by Māori.  There are historical and racist/ colonialist reasons why they don’t do better, but I think the barriers are falling.

Congratulations to my colleague from Hamilton, a young lawyer called Sarah Thomson, who will be an excellent City Councillor.  Sarah has an interest, among others, in the free-for-all liquor licensing processes in Hamilton, and I am sure she will bring about change.

Gosh there are still some old names from my own political past (which is really a long time ago now) who are still on Councils and Health Boards and so on.  Just goes to show that old politicians never die.  I must say my interest now is much more in working within communities than in the political sphere.  It may not be particularly corrupt here (although there are shady bits), but politics can still be downright nasty.

Good luck to all the new Councils and DHBs. May your water run clear and healthy and your funding be munificent and bountiful!