National love to deregulate and underfund everything, it’s what they do, but the admission by NZTA that they completely dropped the ball on road safety under National deserves some more focus, especially as Simon Bridges was in charge at the time and is now leader… 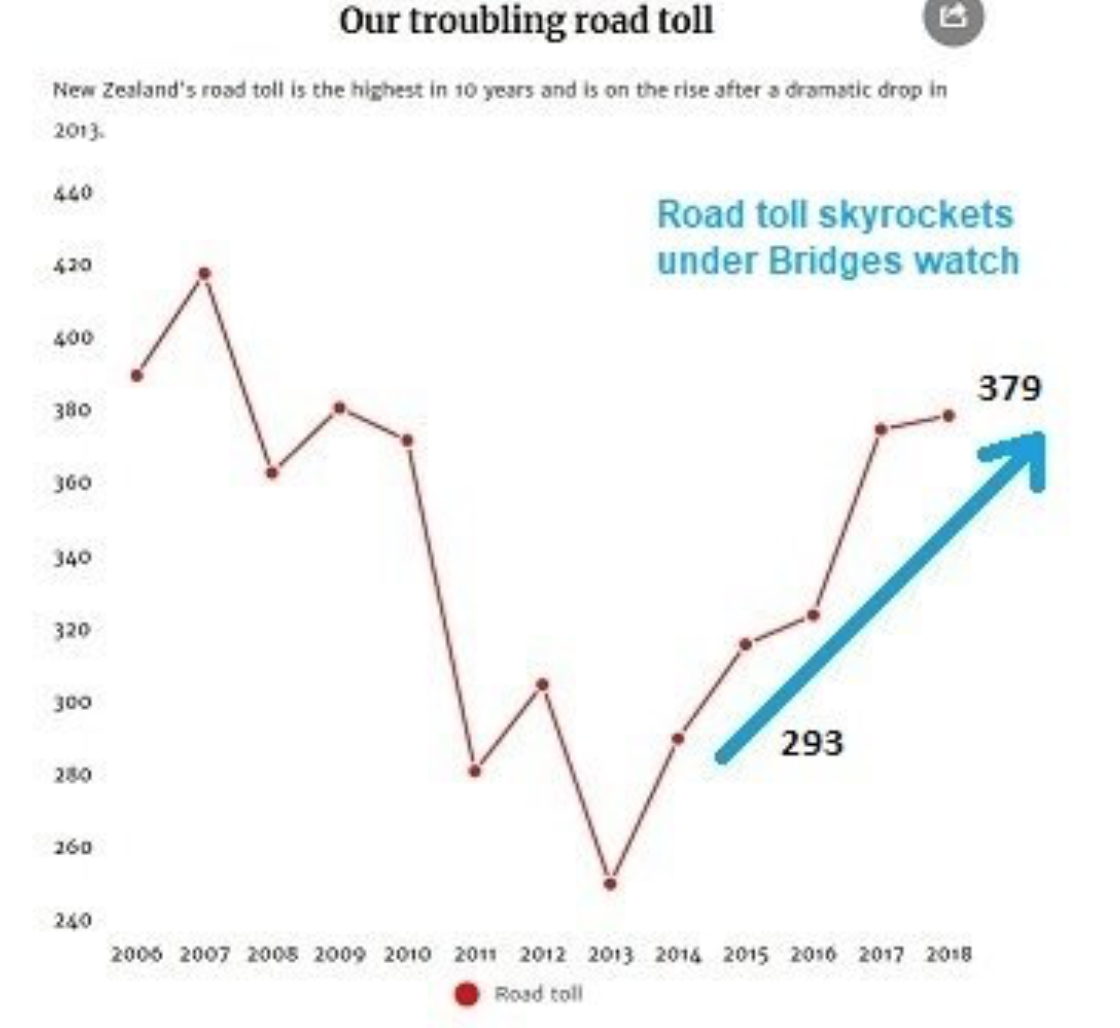 …surprise, surprise. Just like the billion in debt Beneficiaries owe which was created under National…

Exclusive: Taxpayers $1 billion out of pocket because of overpayments to beneficiaries

Taxpayers are almost $1 billion out of pocket due to overpayments to beneficiaries by the Ministry of Social Development.

National is calling it shocking incompetence. However, the Government has pushed back, saying most of the overpayments happened under National’s watch.

…and the predicament that Dairy Farmers find themselves in…

The National Party, conned you all into believing John Key’s pump and dump economic policy and tricked you into dairy intensification for China while you were pressured into taking on enormous amounts of debt by the banks and when that China fantasy popped, you’ve all been left with that enormous debt, Fonterra melting down and depression levels that make you suicidal AND THAT’S ALL THE LEFT’S PROBLEM???

…all three of those things are the result of deeply flawed National Party policy.

So with National promising to burn 2 regulations for every one they pass, shouldn’t we be deeply disturbed they might get back into power?

I mean, how many deaths caused by flawed National Party policy is too much?