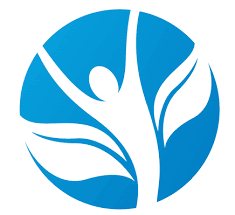 Im told the drug and booze industries spend twenty to forty million dollars a year on advertising. Heather Roy, as Chair of the Advertising Standards Authority, is making decisions that protect the industry from free and fair competition. These decisions seem biased and counter to natural justice, and may relate to the six years Ms Roy spent Chairing the pharma lobby group ‘Medicines NZ’. They certainly do not reflect the evidence, or her apparent free market values as an ex ACT MP.

Despite Family First having been rebuked for its ‘fact free’ propaganda by experts Ms Roy, as chair of the self regulating and industry funded Advertising Standards Authority, has rejected an evidence based complaint from the Hemp Foundation about the social irresponsibility of this fear mongering. According to Ms Roy, Family Firsts national program of fact free propaganda is ‘not misleading’ and protected by its status as ‘opinion’. The Hemp Foundation strongly disagrees with these assertions.

It may be coincidental that this decision defends the pharmaceutical industry that so recently employed her, and which continues to do so indirectly as a major advertiser. In such a massive market issue, the ASAs position as an industry funded mechanism for ‘self regulation’ appears fraught with conflicts of interest.

Big pharma’s largest and most successful drug class targets the human ‘cannabinoid system’, or CS. The CS regulates, maintains, and protects human health. It could be better targeted with plant foods and medicines. That’s why big pharma faces ruinous competition from hemp foods and other cannabis products. An estimated $360 billion+ p/year in global revenues is at risk.

The ASA verdict re: our complaint, ‘that opinion is distinguished from factual information…(and that).. neither advertisement was misleading’ is incorrect.
The FF ‘kids menu’ scare-vert is a misleading falsehood, the issue of which has been addressed in the Government’s legislation on advertising restrictions and product range. Therefore, it is against the weight of the evidence.

Similarly, the mental health scare-vert is a slick piece of propaganda, and a bare faced scientific falsehood. To say that it is ‘not misleading’ in the face of the evidence submitted is a grotesque position. It is in fact an act of anti-competitive fraudulent marketing that preys upon the ignorance and fear of a public that has been, according to CNNs Chief Medical reporter “terribly and systematically misled for 70 years” on this issue. https://edition.cnn.com/2013/08/08/health/gupta-changed-mind-marijuana/index.html

‘Good’ propaganda works via an emotional response that limits the audience’s choices by creating a binary-non critical- mentality, resulting in quicker, more enthused responses.
FFs positioning of ‘marijuana’ as having a ‘kids menu’ and being bad for mental health is designed to ensure a strong emotional response from an ill-informed electorate. FF are not ‘advocates’ with an opinion, they are well funded ($611,000 in the last year) emotional propagandists operating with anonymous money to prevent ‘ruinous competition’ for some of the ASAs largest and most important industries.

Family First are simply spreading wilful misinformation, and being well paid for it. Their opinion is emotive propaganda, and is not distinguished from ‘factual information’ in any way.

Instead, they are using common fears and misunderstandings to conflate harms without acknowledging the much larger and more significant benefits which are possible for mental health, or the facts relating to the proposed legislation.

Why can’t the ASA see that? Follow the money, that usually tells us why things happen.