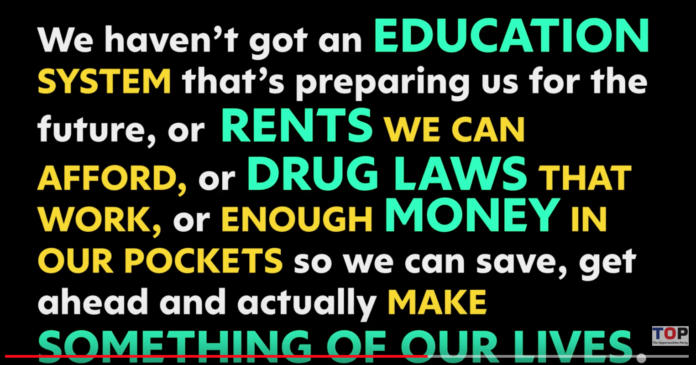 For more than 70 years now we have seen Labour and National share power between them. The result has been 70 years of short term thinking and tinkering around the edges. The two major parties look and talk differently but end up pretty much the same as they compete for the average voter.

Meanwhile the issues pile up: an environmental emergency, a housing crisis, an ageing population and a deluge of disruptive technology that we aren’t remotely ready for.

Our young people lack opportunities, and hope for the future. It’s not fair. They have given up on politics, not because they are apathetic, but because politics hasn’t delivered.

People have switched off from politics completely and it is hard to blame them. To win people back we have to tap into that frustration, but we also have to entertain people and offer hope. That is the thinking behind TOP’s new approach.

Our competitors for people’s attention are not Labour and National, but Nike and Adidas. That is why the new TOP brand looks nothing like any other political party. We will use a variety of colours and styles to talk about different issues and reach different audiences.

But the key to all of it will be telling it like it is and using humour. Only by making people laugh can we show people how crazy the current situation is, and get across that things can be different.

It won’t be easy. But we are up for a challenge.