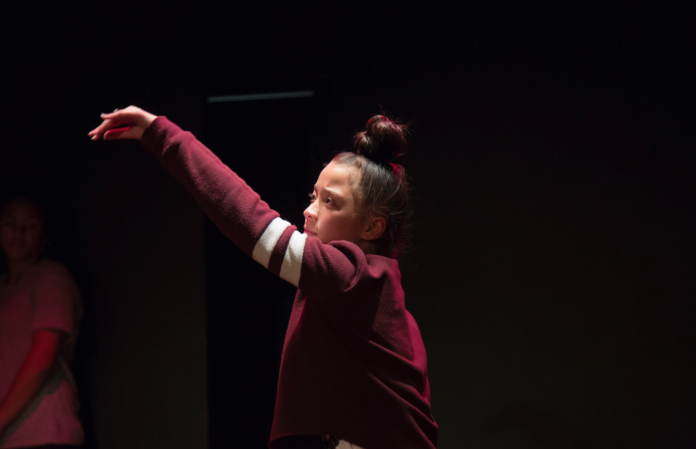 Lights up time is looming for Manawa Ora: Navigators 2019

South Auckland rangatahi are in rehearsals to take over the Basement Theatre for three incredible nights of performance that they devise and perform themselves.

Rehearsals are under way for one of Auckland’s most innovative theatre productions of the year.

Manawa Ora: Navigators 2019 is a production devised and peformed in by as many as 20 South Auckland rangatahi.

Now in its seventh year of sell-out seasons, Manawa Ora is an annual showcase of the performing talents of the rangatahi who work with Ngā Rangatahi Toa, an organisation that uses creative arts programmes grounded in Te Ao Māori to re-engage young people with mainstream education or employment opportunities.

This year three major New Zealand creative artists are assisting rangatahi in their development of the production. They are being led by actor Chris Graham, who is supported by Michael Mizrahi, producer of acclaimed theatrical spectacles including the 2011 World Rugby Cup opening ceremony, and singer-songwriter Laughton Kora.

This year’s theme for Manawa Ora is ‘Navigators 2019’, a reference to the way Ngā Rangatahi Toa’s programmes encourage rangatahi to develop the resources to navigate their way through challenging life situations and forge positive futures for themselves.

The production is not scripted in advance, but is being co-devised by the creative collaborators and the rangatahi in a intensive two-week series of workshops that draw on the personal experiences of rangatahi to create the stage show.

While Laughton Kora and Chris Graham have helped develop Manawa Ora productions before, this is Michael Mizrahi’s first time collaborating with the rangatahi to develop the show.

Working on Manawa Ora is a two-way process for the creative collaborators, who say they get as much out of the process as the rangatahi they work with.

“I get absolute joy working with these young people and the contexts they live in, their willingness to share their stories and the manner in which we do it, through the foundations of tika pono and aroha,” says Chris Graham.

“Manawa Ora is the public showcase of the work we do with rangatahi throughout the year,” says Huia O’Sullivan, executive director of Ngā Rangatahi Toa. “It’s a chance for our rangatahi to fully immerse themselves in a creative process with a group of amazing mentors, and the results for them and their audience are always extraordinary.”

Manawa Ora’s 2019 season will be held at the Basement Theatre from Tuesday 8 October to Thursday 10 October. Tickets are already selling fast at this link:

Ngā Rangatahi Toa is also raising funds for the costs associated with staging the production, as well as the creative workshops they continue to hold with rangatahi throughout the year. You can donate to Ngā Rangatahi Toa’s GiveaLittle campaign here: