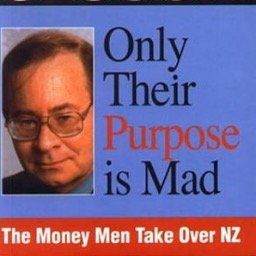 The former Green Party co-leader, who labelled his successor James Shaw’s Zero Carbon Bill as “toothless” when it was released in May, has titled his lecture: “Will the Zero Carbon Act really cut emissions? What institutional change does a climate emergency demand?”

You can register here

Greenpeace NZ executive director Russel Norman will outline what is really needed to cut carbon emissions when he gives this year’s Bruce Jesson Lecture on October 22.

The lecture comes after a dramatic week at the United Nations where 16-year-old Swedish student Greta Thunberg told world leaders: “How dare you pretend that this can be solved with just business as usual and some technical solutions?”

Hundreds of thousands of students marched around the world on September 20, and in New Zealand last Friday, demanding that governments take much more urgent action than they have taken so far to stem global warming before it wipes out more species, including potentially our own.

But what needs to be done? Norman’s answer is challenging.

“The Climate Commission that the Zero Carbon Act establishes is frequently identified as the cornerstone institution of the Government’s climate strategy,” he says.

“But with literally zero power to cut emissions, is the new Climate Commission nothing more than another talkshop?

“And given the surprising reality that the Zero Carbon Act makes it harder than ever for civil society groups to take the Government to court over lack of climate action, will it actually result in an increase in emissons?

“If we were serious about the climate emergency, what institutional change would we adopt?”

Norman co-led the Green Party from 2008 to 2015 during its period of growth leading up to the 2014 election, where the party received 11% of the vote and elected 14 MPs. He was the party spokesperson on economics and environment.

Before entering Parliament he worked in a diverse range of industries including automobile, manufacturing, sheetmetal fabrication and viticulture.

He has a PhD in political science from Macquarie University in Sydney and has been executive director of Greenpeace Aotearoa NZ since November 2015.

He will deliver the 2019 Bruce Jesson Lecture in OGH Lecture Theatre 102-G36 in Old Government House at the University of Auckland, 24 Princes St, at 6pm on Tuesday 22 October.

The lecture is free and open to all, but registration is encouraged at: annual-jesson-lecture.eventbrite.com. A collection will be taken to sustain the Bruce Jesson Foundation.

About the Bruce Jesson Foundation

The Bruce Jesson Foundation this year marks the 20th anniversary of the death of Auckland journalist and politician Bruce Jesson, who died in 1999.

Jesson’s magazine The Republican, which he edited from 1974 to 1995, published some of the most challenging analysis of New Zealand’s society and business of the time, facing up to issues of class and ethnic disparity long before those issues became part of mainstream political discourse.

Jesson analysed the issues in more depth in a series of books including Behind the Mirror Glass: The Growth of Wealth and Power in New Zealand in the Eighties (1987) and Only Their Purpose is Mad: The Money Men Take Over New Zealand (1999).

He led a political challenge to those “money men” in the 1992 Auckland local body elections, becoming chair of the Auckland Regional Services Trust to keep key assets such as the Auckland port in public ownership.

The Bruce Jesson Foundation was established in his memory “to promote activities designed to generate critical, informed, analytical and creative contributions to political debate in New Zealand and about New Zealand”.