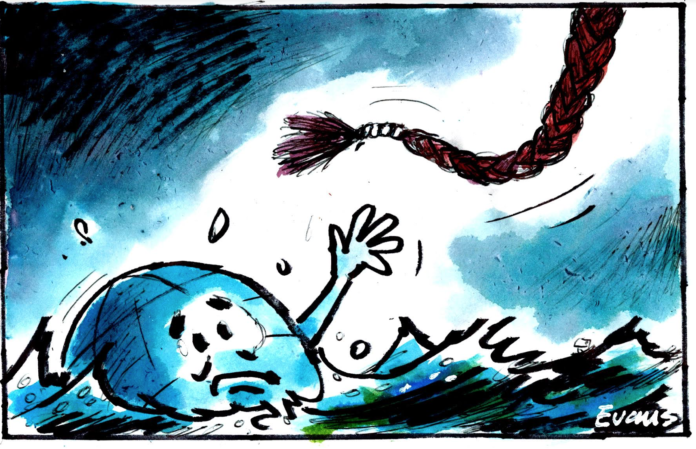 As the reality of the enormity of climate change starts to dawn, people will be looking for ‘lifeboats’, NZ is one of these ‘lifeboats’…

Why NZ could be humanity’s ‘lifeboat’ in an extinction

Scientists have singled out New Zealand as a potential “ark” to reboot civilisation if a deadly pandemic swept the planet.

In a study just published in the international journal Risk Analysis , researchers found that New Zealand, along with Australia and Iceland, could serve as “lifeboats” to help humanity recover from a full-scale extinction event.

…while the focus here is on a pandemic, the same is true of NZ being a lifeboat for climate change.

Which is why the cancellation of the defence conference is probably a bad idea. The climate crisis will demand we have the military engineering capacity to rebuild from extreme weather events; have the military power to project across the Pacific in response to climate crisis civil disruption or extreme weather events; protection of fishing stock.

To ignore the real need for us to invest far larger amounts into the Defence force and to build a bigger Air, Land and Sea service as a response to the crisis emergency is as unacceptable as climate denial is.

And while we are talking about the consequences of the climate crisis, as Australia treats our citizens with contempt…

Prime Minister Jacinda Ardern says the influx of criminal deportees from Australia to New Zealand – many with no connection to Aotearoa – is a “major irritant” in the trans-Tasman relationship.

Figures released to Newshub under the Official Information Act reveal the number of criminals deported to New Zealand from Australia nearly doubled from 2015 to 2018 after major changes to Australia’s migration rules.

…we should reciprocate and start immediately removing Australian privileges and access to NZ because as the climate crisis overwhelms Australia’s ability to survive at certain temperatures, NZ will be flooded with Australian climate refugees.

There’s barely 5million of us and 26million of them. Let’s keep our distance.

This is the age of clutching straws.