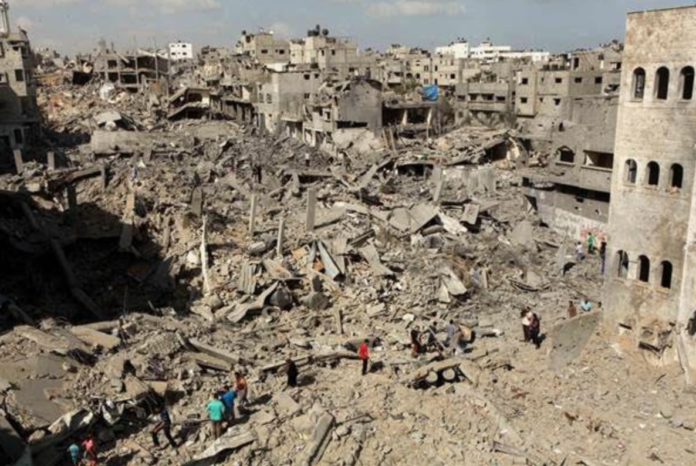 On 25 September, Foreign Affairs Minister, Winston Peters, replied to our email sent to him on 25 August. Here is our response to his reply:

In the first paragraph of your email you express concern for “Israel’s legitimate security concerns” but fail to recognise the Palestinian need for security and liberty. The Palestinian people, daily, live variously under belligerent Israeli military Occupation and crippling economic blockade. We have searched in vain for any MFAT recognition of the Palestinian right to defence security.

In your justification of the New Zealand military‘s purchase of Roboteam equipment you state that: “Due diligence was conducted as part of this earlier procurement and established that there was no evidence of any human rights violation by Roboteam. Much of the business is involved in personal mobility solutions for disabled persons and medical applications.”

A different perspective is revealed in an interview with Roboteam founder, Yossi Wolf, on the Israeli business website, Globes. The interviewer, Shiri Dover, note that: “People talk about peace, but war is good business” In the interview, the Roboteam founder claim that “all the warfare in the world, and certainly in Israel [our emphasis], is war against terrorism.” For Wolf, it would appear, the Palestinian West Bank and Gaza are Israeli territory. Wolf also tells Dover that “most of the fatalities occurred in urban areas.” He is referring to casualties among the military that Roboteam supplies but the reality is that by far the greatest number of fatalities are inflicted upon the civilian population by the invading military.

Wolf informs us that, “The IDF [Israeli Defence Force] is our home customer. I can’t list the applications and the names, but I’ll say that 100% of Roboteam’s management consists of officers. We ourselves use the equipment on reserve duty, and that’s what enables us to understand exactly what’s needed. Without the IDF and the Ministry of Defence, we wouldn’t be where we are today. The Administration for the Development of Weapons and Technological Infrastructure invests a lot in Roboteam. Our sales to the IDF are also paid for with US aid money.”

Yossi Wolf served as an officer in Israel’s Special Forces division. In 2014, Yosi Wolf and Roboteam’s co-founder, Elad Levy, both worked at ODF Optronics, which developed a robot used by Israeli soldiers in Israel’s Operation Protective Edge onslaught on Gaza. There were hundreds of deaths, caused by more than 6,000 Israeli air strikes, 14,500 tank shells and 35,000 artillery shells. The overwhelming Israeli military onslaught not only destroyed around 18,000 homes but also laid waste to much of the territory’s infrastructure.

On 4 September, Israeli Prime Minister Benjamin Netanyahu visited Hebron and took Israel’s contempt for international law further with an uncompromising speech in front of the Ibrahimi Mosque, declaring “we will stay here forever”, adding “the people of Israel are deeply entrenched in Hebron. From our very beginning, we belonged here.” The Times of Israel reported Israel’s Culture Minister, Miri Regev, reminding Netanyahu of his commitment to extend Israeli sovereignty to settlements in the West Bank, saying: “There is no better place to start bringing that pledge into fruition than Hebron”. She went further, asserting that, “If there’s no Hebron there’s no Tel Aviv.”

Speaking at the Jerusalem Convention Centre on 21 March 2013, then US President Barack Obama told his audience: “It is not fair that a Palestinian child cannot grow up in a state of their own.” In the video, Obama noted that Palestinians were “living their entire lives in the presence of a foreign army that controls their movements not just of those young people but their parents, their grandparents, every single day.” Published in The Guardian newspaper, the text of Obama’s speech continues: “It is not just when settler violence against Palestinians goes unpunished. It is not right to prevent Palestinians from farming their lands; to restrict a student’s ability to move around the West Bank; or to displace Palestinian families from their home. Neither occupation nor expulsion is the answer.”

It is not just settler violence against Palestinians that goes unpunished, the Israeli Government and military also enjoy impunity. The world community has a duty to impose sanctions upon Israel to force it to cease its violations of international human rights law.

In your email you affirm that “the New Zealand government remains firmly committed to supporting a two-state solution”. In view of Israel’s declared claim to East Jerusalem as sovereign Israeli territory, increased illegal settlement development and continued theft of Palestinian land, will our Government now support efforts to bring Israel to account?

Our Foreign Affairs Ministry (MFAT) declares itself to be a strong supporter of UN Sanctions which, the MFAT website tells us, are imposed in order to “apply pressure to countries that threaten peace, have harmful policies or don’t co-operate with international law.” Will New Zealand approach the world community at the UN and call for sanctions against Israel? After all, MFAT acknowledges that: “Sanctions are a common tool for seeking to influence foreign governments and individuals to change their behaviour”. The Ministry also informs the world that it is able to “impose other measures such as travel bans on people entering our country.”

Over to you, Mr Peters, the world is waiting.