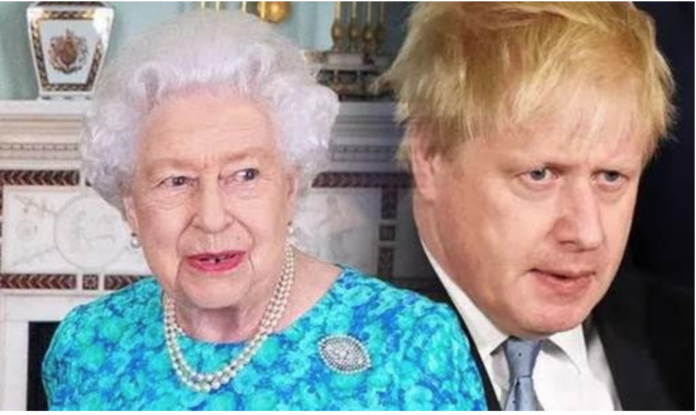 THE SUPREME COURT of the United Kingdom has struck down Boris Johnson’s prorogation of Parliament and some people are cheering. The chances of those people being well-educated, well-housed and well-paid metropolitans are high. In their eyes, the British constitution, in all its unwritten mysteriousness, has been upheld. By eleven votes to nil, the judges have legally obliterated the British Prime Minister’s attempt to silence his opponents. The Houses of Parliament will reconvene, and the Executive – Johnson and his Cabinet – will be held to account.

Some people, however, are not cheering. For them, the Supreme Court’s judgement is a further confirmation (as if one was needed!) that the Anti-Brexit Establishment will stop at nothing to thwart the will of ordinary Englishmen and Englishwomen. These people will not read the judgement: they are not interested in a daft-looking old lady judge’s high-falutin notions of parliamentary sovereignty and executive accountability. All they know is that, in 2016, a majority of UK citizens voted to leave the European Union and, ever since then, the Powers-That-Be have done everything they possibly can to stop them.

If the Powers-That-Be succeed, will that be the end of the story? Will the people who “took back control” by voting to leave the EU simply return to their high-rise apartment buildings, their semi-detached units, and their bleak rows of cheaper-than-cheap housing: meekly accepting their appointed station in life – as the UK’s designated losers? The Powers-That-Be had better hope so. Because, if they don’t, then the UK will find itself teetering on the brink of civil war.

And what a topsy-turvy civil war it will be. This time ‘round, Parliament will not be embraced by the common people as the protector of free-born Englishmen’s rights and liberties – as it had been in the 1640s. This time it will be seen as the protector of the elites; the corrupt defender of an over-educated aristocracy of posh bastards. This time, the Executive will not play the role of the people’s enemy, but of their champion. King Boris, thwarted at every turn by his parliamentary enemies, will appeal over their heads to the people – and the people (half of them, anyway) will flock to his banner.

Assuming, always, that his appeal reaches them. Much now hinges on whether or not the tabloid press decides to do what it did the last time the judiciary intervened in the Brexit saga – which was to brand the offending judges “enemies of the people”. If the so-called “red tops” decide to rouse the masses to revolt; if they call the people onto the streets; who will stop them? To whom will the Police and the armed forces answer? The Speaker of the House of Commons, John Berkow? Or, to the Prime Minister, Boris Johnson?

It’s just possible that they will seek instruction from the person to whom they swore allegiance when they put on their uniforms: “Queen Elizabeth II, her heirs and successors, according to law.” But, what does that mean? The UKs mysterious constitution insists that the Monarch can only act upon the advice of her ministers – her Executive. But, if her Executive is acting in defiance of, or to silence, Parliament, should its advice be heeded? According to this historic judgement of the UK Supreme Court, it should not. Poor old Liz: she’ll be damned if she instructs her Lord Lieutenants to uphold the law, and she’ll be damned if she doesn’t. The first civil war saw the monarchy abolished (albeit temporarily) can it survive a second?

All the UK prime ministers who have been summoned to the Palace since Elizabeth became Queen in 1952 have remarked upon her political canniness. The woman knows better than most how her kingdom’s politics are played. As this latest crisis unfolds, she will keep a watchful eye on the opinion polls. If the opponents of Brexit continue to refuse to allow a general election to be called to resolve the deepening constitutional impasse; and if the polls all indicate that the Boris Johnson-led Conservative Party would be returned to office by a landslide; then the Queen will have to think long and hard about when and how, if at all, she should wield her “reserve powers”.

The British monarchy has only survived as a serious institution by adapting itself to the needs and expectations of the British public. If it allows itself to be positioned as nothing more than a powerless adjunct of the political class; a rubber stamp to be wielded against the British public – or, at least, its more humble members – on behalf of the Powers-That-Be, then the love that has allowed it to endure for so long will evaporate, and the monarchy will find itself in the hands of those who hold it in thinly disguised contempt. If it loses the love of the ordinary people of England, the Monarchy will not be saved by a neoliberal establishment which has tolerated its existence only  because it was too popular to abolish.

Thanks to her Supreme Court justices, Elizabeth Windsor may soon be faced with a daunting choice: to become the “People’s Queen” – or their last.