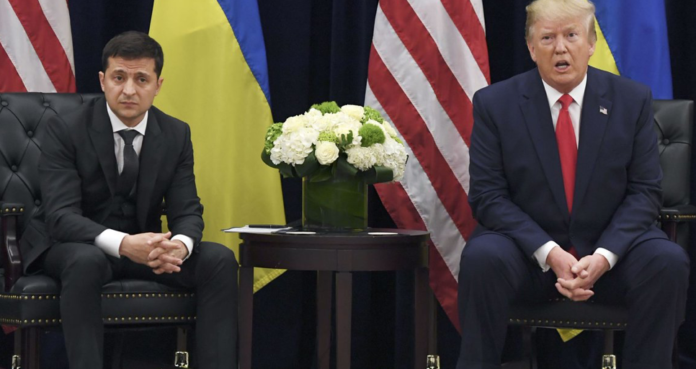 Firstly, let’s acknowledge the phone call between the Ukrainian President and Donald Trump is outrageous. The ease with which Trump just demands executive level efforts against petty beefs he’s running is gasp inducing and a total abuse of power. And you could legally argue he’s breached some laws, probably, but after the whole Russia-hacked-the-election-and-Mueller-will-nail-him-fiasco, anything short of actual footage of Trump eating a baby just isn’t going to fly here.

Democrats have gone all in for an impeachment because their own base are so righteously furious with this orange fascist that they are figuratively being driven up the wall.

The problem is that even if they manage to get a majority in the House of Representatives (which is unlikely seeing as some representatives won close wins in Trump states) this will fail in the Senate where it requires a 2/3rds majority to pass.

Republicans may be sickened by what Trump has done to their Party but they are too cowardly to openly challenge him and his support base.

By focusing on impeaching Trump for their own base they burn news oxygen to offer those disaffected former Democratic voters who elected Trump last time with an alternative to vote for them this time.

This is a pretty risky strategy from a Party that still doesn’t understand why Trump won in the first place.

You counter the negative populism of Trump with positive populism, you win those working class voters back by acknowledging the economic pain globalisation has caused and offer them free education and health instead. You don’t try to remove their Presidential choice and in doing so damn them for that choice.

I despise Trump and everything he represents, but he won because of Democratic incompetence, and he looks set to win it again because they don’t seem to have learnt anything.