After the deeply impassioned and righteous fury displayed by Greta Thunberg towards the empty words of hollow praise by World Leaders who still do nothing about the climate emergency, you would think most adults were too shamed to do anything but nod in embarrassed agreement.

Even Donald Trump could only muster faint praise… 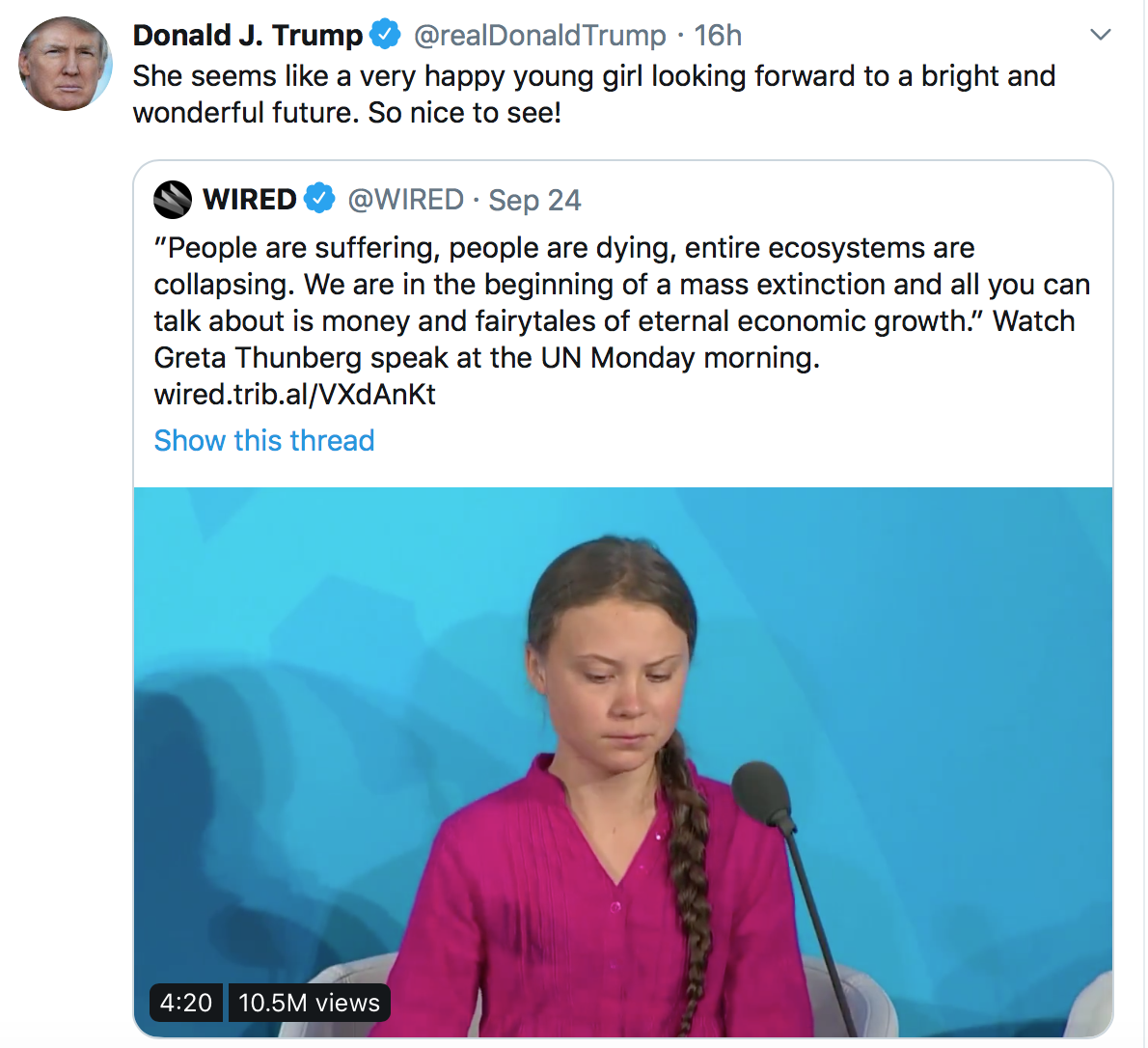 …but not our big brave Mike Hosking!

Our climate-denying-multimillionaire-right-wing-screamer-at-young-woman-broadcaster-of- the-year couldn’t hold back his dripping contempt at Greta’s powerful speech and managed to attack Jacinda at the same time.

In the Hosking household, that’s a called a toofer.

His ridiculous argument can be boiled down to, ‘I’m a  rich white male, shut the fuck up”.

Mike accusing anyone else of a fantastic “sense of self-entitlement” has all the irony of Donald Trump judging a modesty competition.

Then again, Mike likes to attack women when they speak up, his bullying of Chloe Swarbrick was an example and remember his comments regarding the young waitress who spoke up when the Prime Minister repeatedly touched her? 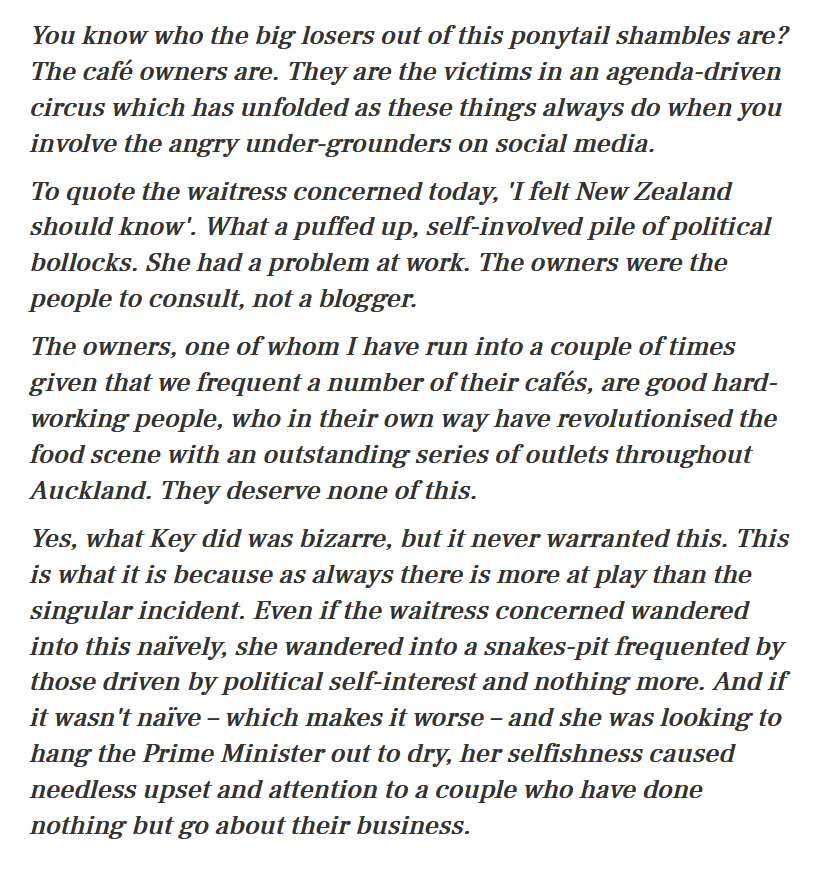 Who won’t Mike scream at when he feels his privilege threatened? Based on this ridiculous attack on Greta, Mike Hosking would have told Martin Luther King to stop dreaming, Kate Sheppard to get back in the kitchen and Nelson Mandella to dump the uppity darkie malarky.

Mike is the screaming echo of a dinosaur who doesn’t know it is extinct yet.