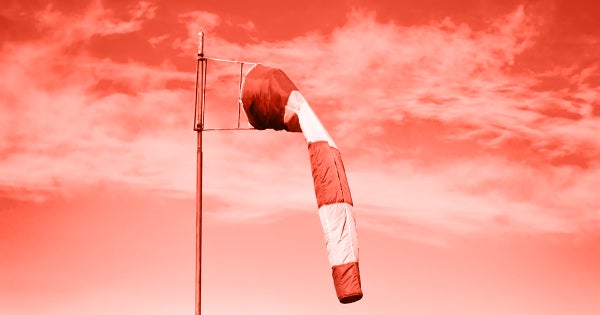 I’m suffering from electile dysfunction. -The inability to be aroused by any of the candidates standing for election in the upcoming local government contest. That’s despite being a graduate of political studies, and a previous Councillor. I should know as well as any, how important it is to vote -politics has been in my blood longer than I can remember, but this year the blood has thickened and barely flows.

I know many of the current candidates, and they are good people. Incumbents are often genuine and hardworking, and many newcomer prospective candidates are idealistic and enthusiastic, just what I want a political representative.

But ‘progressive’ candidates become increasingly conservative through time – that’s what the political system does to good people, especially when party blocs cause group think and lock step. And despite the energy and enthusiasm of wannabes, the system is bigger and meaner than they are, and it will quickly chew them up and chain them to that conservative, bureaucratic agenda and the slow machine that’s behind it.

In my local government area of Rodney, one ticket almost monopolises the available seats. The candidates sign a pledge to vote in a bloc throughout the triennium. Our one Councillor has been elected unopposed but isn’t part of the Phil Goff ‘A Team’. Phil’s a decent guy – he visited before the last election and met with our community leaders, but we haven’t seen him since. Our presentations to the Council about diverse local concerns in the last three years have fallen on deaf ears. A huge part of the ratepayer’s budget is spent by Auckland Transport which we know as unaccountable, lacking in transparency, and anti-democratic.

There’s nothing very inspiring about any of them, or the system they support. And while my experience in politics and my community might explain my realpolitik view of the candidates and the power they don’t have, sadly, I’m not alone.

Local government participation has declined in the last thirty years. In Auckland’s last local elections, voter turnout was only 38.5%. Voter participation is lowest among the already socially and economically disenfranchised – Māori, Pacific Island communities, recent migrants, those from rural areas, people from low income and educational backgrounds. The reasons for apathy are complex – Laura O’Connell-Rapira from the organisation Rock Enrol, designed to encourage voting, says low Māori voter turn-out reflects intergenerational distrust of the Crown and its agents due to our colonial history. Political scientists point to the First Past the Post electoral system which distorts voter preferences and fails to provide proportionality, while low voter turn-out favours incumbency and conservatism. Voting systems don’t reflect the technological dynamism of society – we’re supposed to post our votes – but moving them from the kitchen table takes an effort, when post boxes are disappearing from our communities. Candidates are mostly ‘male, stale and pale’, and reports are that there are more Councillors called John in New Zealand, than there are those born after 1980. In Auckland this year, the Mayoral choice has been framed between Phil Goff, who has been a politician since 1981 with only one three year break, and another John, Tamihere, Auckland’s answer to Donald Trump. It’s not really an inspiring race.

But around the world, there’s a crisis of democracy. According to Yascha Mounk from John Hopkins University, people don’t believe in democracy anymore. There’s a failure of the political system to deliver – not just in Auckland. Writing of the United States but with parallels around the world, Mounk points to the stagnation of living standards for ordinary people, the belief that people’s votes don’t make any difference, that elites and the system itself have failed. The influence of transnational agreements lock out personal and domestic political sovereignty, money is what shapes the political agenda, not citizens’ votes, the revolving door between politicians and lobbyists is where real power is vested, and the political class is out of touch with the bulk of the population. With the increase in the gap between the rich and the poor, a failure to deliver on promises of material improvements and a failure to create a unified and inclusive state, ambivalence toward democracy is on the rise.

Across the western world, there’s an erosion in civic faith in democracy. There’s a growing deficit of ‘outcome legitimacy’, ie the system’s appeal, based on what it delivers rather than on its ideological attachment. There’s a weariness with the system itself. Older people are horrified at democratic apathy. “People died for your right to vote, don’t you know”. It is argued that because current generations haven’t lived with authoritarian alternatives such as facism and communism they don’t value what we’ve got.

But in an article ‘Young People Don’t Believe in Politics Anymore…’, Alex Halford compared the real time, diverse insularity and granularity of information and political discourse available over the internet, with rigid, archaic, irrelevant and ineffective voting. It’s not that people don’t care about their futures, are ill-informed or ignorant, it’s that we don’t believe the simple act of voting is a viable way of making change when the system itself disempowers. Halford says there’s an ‘incompatibility between the way in which people wish to speak and the way in which establishment wishes to listen”. Millions of people taking to the streets in the youth-led global insurgency against climate change is a reflection of that different way of speaking. Unfortunately, so is suicide.

Research shows that widespread disenfranchisement with democratic processes is leading to more radical views of governance across the board. Surveys show people increasingly think military rule would be justified if democratic government was failing, there’s growing support for Socialism and for illiberal rule. Only about 30% of Americans born in the 1980s believe it’s essential to live in a democracy, compared with 75% of those born in the 1930s, and New Zealand and other liberal democracies showed the same trend according to the article ‘Are Millenials Giving up on Democracy’ by Neil Lowe in Forbes magazine.

Young people aren’t well represented by the presence of peers in establishment politics. Their voices aren’t being heard. With Jacinda Ardern in New Zealand we have seen the power of a young charismatic leader to mobilise a voting ‘youthquake’ but that creates expectations that are hard to deliver under business as usual, Budget Responsibility Rules, capitalist inertia, Transnational trade agreements like the CTPP / TPPA-11 and when real world politics like sexual harassment intervene.

Elsewhere, the world is led by fools who jeopardise our social and economic and environmental futures. It’s hard to be motivated to vote when the system is rotten and the whole future is at stake, and we can see that more than ever before.

Back at home with local elections, despite my ideological, in-principle support for democracy, finding a postbox might yet be easier than choosing a candidate and finding a compelling reason to get up to vote.