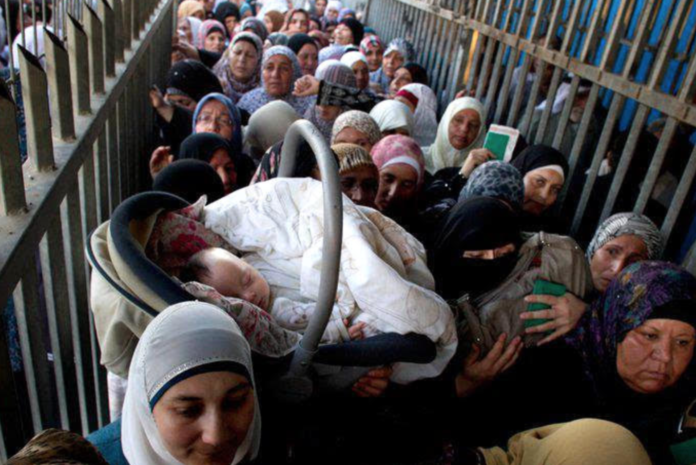 The universally-ratified Fourth Geneva Convention is recognised by the United Nations as constituting the foundation of international humanitarian law and its essential rules. Articles 146 and 147 include the possibility of criminal liability for gross violations by individual perpetrators. Israel has chosen not to incorporate the Convention into domestic law, even though this does not relieve it of its international obligations. Instead, the Convention’s applicability to the military Occupation of the West Bank has been, and continues to be, denied by successive Israeli governments.

Israel – a law unto itself

In a statement to the Israeli Supreme Court on 7 August 2018, the Israeli Government asserted that the Knesset is allowed to ignore international law, anywhere it desires. It declared, “the Knesset [is permitted] to legislate laws everywhere in the world” and that it is authorised “to violate the sovereignty of foreign countries via legislation that would be applied to events occurring in their territories.” The statement was contained in legal material recently submitted to the Israeli Supreme Court. This was in response to the 2017 petition against the Settlement Regulariation Law filed by Adalah – The Legal Centre for Arab Minority Rights in Israel, Jerusalem Legal Aid and Human Rights Centre (JLAC), and Al Mezan Centre for Human Rights (Gaza) on behalf of 17 local Palestinian authorities in the West Bank. Adalah and fellow-petitioners had argued that the Knesset cannot enact laws to annex the West Bank or violate the rights of Palestinian residents in the West Bank. Lawyer Arnon Harel, who represented the Zionist regime, went so far as to even claim that the Government had the authority “to annex any territory or to enter into international conventions derived from its authority as determined by the Knesset” and that the Knesset “is allowed to ignore the directives of international law in any field it desires.”

This month saw the 37th anniversary (16-18 September 1982) of the massacre of over 3,000 Palestinian refugees in the Sabra and Shatila refugee camp. The official Israeli Kahan Commission deemed Ariel Sharon, Israel’s Defence Minister at the time, personally responsible for the atrocity. The butchery apparently did little to harm Sharon‘s image among Israeli voters and he later went on to become Israeli Prime Minister.

Born in 1945, Daniella Weiss was a former mayor of the Israeli West Bank Occupation settlement of Kedumim. She is also the founder of the Nachala movement, which aims at enhancing settlement and educational Zionistic goals. An American political scientist and specialist on Middle East modern history and politics, Ian Lustick, recalls her “close and informal contacts with members of Knesset.” She met regularly with Sharon and was committed to the building of settlements on what Israel term ‘state owned‘ land in the West Bank.

To the embarrassment of more covert Zionists, Daniella Weiss voices directly and clearly the true purpose of their ideology in a 2014 Australian Four Corners Television film entitled ‘Stone Cold Justice’ that deal with Israel’s torture of Palestinian children. Weiss can be seen and heard 39 minutes into the broadcast, recalling her discussions and partnership with Sharon in the 1970s. She reveals that there was a “clear understanding” that the purpose of establishing Israeli settlements in Occupied Palestine was to ensure that there would never be a Palestinian state “in Judea and Samaria”.

Asked how she would reply if a Palestinian child were to ask her “what is the hope for me, for my future, to have my own state”, Weiss responds with these words:

“This land was promised to the Jews by God and, all of it. It’s true that in course of history the Arabs came to this area from all over but the promise of God is more important than the changes in history and the political changes. That is why you have to put it deep, deep into your mind that you do not have any chance whatsoever, in any point of history, neither you nor any of your offsprings to ever have an independent state of your own here.”

Speaking at the Jerusalem Convention Centre on 21 March 2013, the then US President Barack Obama told his audience: “It is not fair that a Palestinian child cannot grow up in a state of their own.” In the video, Obama noted that Palestinians were “living their entire lives in the presence of a foreign army that controls their movements not just of those young people but their parents, their grandparents, every single day.” Published in The Guardian newspaper, the text of Obama’s speech continues: “It is not just when settler violence against Palestinians goes unpunished. It is not right to prevent Palestinians from farming their lands; to restrict a student’s ability to move around the West Bank; or to displace Palestinian families from their home. Neither occupation nor expulsion is the answer.”

“I am a Palestinian born in Jerusalem, exiled in 1967. Palestine is my homeland. I cannot return there.”

“I am a British Jew born in Lancashire. Israel/Palestine is not my homeland but under Israel’s laws of ‘Return‘ I can settle there.”

Israel‘s Law of Return, grants every Jew in the world the right to settle in Israel. However, Israel does not recognise the Right of Palestinian exiles to return to their homeland. The Palestinian right of return is a cornerstone of the Palestinian struggle for recognition and respect and it includes those who fled or were ethnically-cleansed in 1948 and, again, in 1967. This right is enshrined in UN General Assembly Resolution 194 adopted in December 1948. Palestinian refugee, with family history going back hundreds of years, will find it impossible even to be granted a visa to visit their former home. Israel‘s refusal to recognise this is callous and uncompromising.

A British Jew who lost relatives in the Holocaust, Elizabeth Morley, wrote the following to a British MP: “Is it not ironic that millions of Jews from around the world are invited to claim Israeli citizenship, even if they end up, not in Israel but an illegal settlement on Palestinian land. With my Jewish heritage I too could claim Israeli citizenship. Although I have a good life here in the UK I could go over there and make use of the privileges that are denied to the Palestinians whose land I would be occupying.”

Despite our emails to New Zealand Government Ministers requesting clear answers to questions regarding this country’s policy towards Israel and its constant and extreme violations of international humanitarian law, they have chosen to remain silent.

On 12 September 2019, the Palestine Solidarity Network Aotearoa (PSNA) wrote yet again to the Minister of Foreign Affairs, Winston Peters, urging that New Zealand condemn the Israeli Prime Minister’s planned annexation of vast tracts of the Occupied West Bank of Palestine. Pointing out that “Such an annexation of illegal Israeli settlements would be a blatant violation of the United Nations Charter and international law,” which would “constitute a war crime under the Rome Statute of the International Criminal Court”.

The PSNA email also demanded “action NOW from New Zealand” that “must include concrete steps such as:

• Condemning the proposed annexation of vast areas of Palestinian land

The PSNA also described the Israeli Prime Minister’s declared intention as a “travesty of what New Zealand stands for internationally”.

The World Without Walls movement has announced that 9 November this year will see the 3rd Global Day of Interaction for a World without Walls. Noting, among many other examples that, while Israel’s apartheid Wall on Palestinian land continues to grow, 15 years have passed since the world’s highest court declared it to be illegal. Support for the Wall and settlements is also illegal, with corporate interests, such as Airbnb promoting cafés and rental apartments in Israeli settlements, enhancing their profitability.

What is going on? After then-Prime Minister Bill English sent a letter, effectively apologising for New Zealand’s part in the passing of UNSCR Resolution 2334, the Israeli Government restored, on 14 June 2017, full diplomatic relations with New Zealand. NZ Foreign Minister at the time, Gerry Brownlee, aid that one of his immediate priorities after taking the job in early May was to restore the relationship with Israel. He said he had written to Netanyahu, expressing the desire to get back to “the sort of relationship we’ve had with Israel in the past.” Brownlee seemed to adopt the Zionist perspective in defence of Israel’s conduct, saying: “I think that’s important because it’s a part of the world that continues to be challenged by not only rogue states, but rogue terrorists as well.” It would be comforting to suppose that his reference to ‘rogue states’ and ‘terrorists’ also included Israel but that would, of course, be hoping for the impossible.

New Zealand’s Foreign Affairs Ministry (MFAT) is a strong supporter of UN Sanctions which, the MFAT website tells us, are imposed in order to “apply pressure to countries that threaten peace, have harmful policies or don’t co-operate with international law.” The Ministry says “Sanctions are a common tool for seeking to influence foreign governments and individuals to change their behaviour”, informing us also that: “While we don’t have standalone legislation to impose our own sanctions independently of the UNSC, we can impose other measures such as travel bans on people entering our country.”

As former Foreign Affairs Minister Murray McCully said in defence of New Zealand’s sponsoring of UNSC resolution 2334: “The spirit of unanimity in which the United Nations Security Council passed resolution 2334 on December 23 stands in sharp contrast to the condemnation and accusations that have dominated subsequent commentary from Israel and that country’s supporters.” McCully also acknowledged that Resolution 2334 condemns Israel’s “settlements programme which carves ever more deeply into the land available for a Palestinian state on the West Bank.” Since the adoption of the Security Council Resolution, Israel has ratcheted up its persecution of the Palestinian people and thumbed its nose at the United Nations and international law.

Has anything, regarding relations with Israel, really altered with the change of government in New Zealand? Government Ministers have clearly been unable to refute our publicly-presented evidence of Israeli crimes against humanity. The same ministers have also declined every opportunity to answer clear and direct questions regarding foreign policy.

The Palestinian people entered into the Oslo Agreements with the understanding that they would, before long, lead to the establishment of a sovereign Palestinian state. Many people around the world believed that the ICJ would prove to be a historic turning point. So why then did the international legal victory for Palestine turn out to mean nothing in practice? Because international law can only be as effective as the political will that supports it.

We must all continue to demand answers – elements that comprise the Israel Lobby in NZ tirelessly push the assertion that Israel and New Zealand have ‘shared values‘. On 17 September, the NZUS Council Executive Director Jordan Small welcomed the news that New Zealand Prime Minister Jacinda Ardern will meet with US President Donald Trump in New York next week. The NZUS Council Director noted that: “It is an important first bilateral meeting and an opportunity to reinforce with President Trump our shared interests, values and history in an increasingly complex and challenging geopolitical environment.”

Our country should stand up and declare that it does not share in ‘values’ such as Trump’s support for Israel’s lawlessness and inhumanities. But will it? New Zealand should be calling for UN Sanctions against Israel and imposing travel bans where appropriate. Continued silence will only confirm the perception that, regarding foreign policy, the prime consideration for our Government is the continuance of unconditional loyalty to ‘traditional allies’ and what they tell us are our ‘shared values’. Covering for Zionism can only weaken democracy and threaten open government.