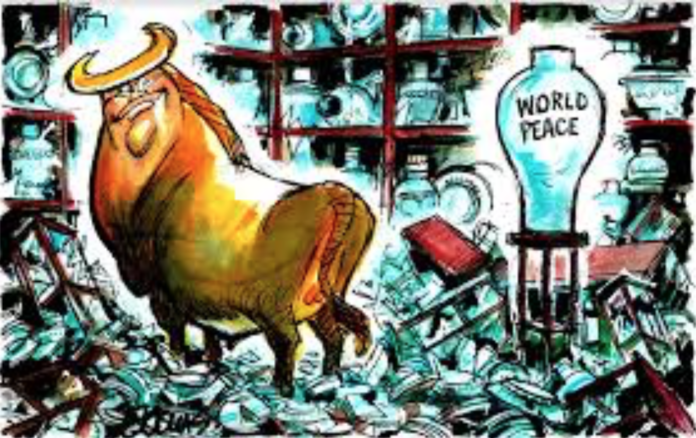 The amount of anti-Iranian propaganda masquerading as informed comment over this Saudi drone strike in our media is extraordinary.

The nature of these attacks is that the tech is too sophisticated for rebel groups or terrorist groups and that they can’t be easily identified to any country. Into that void is trundled that narrative that it’s Iran.

There are many players in this game who want to trick America into a war with Iran, and there is no actual reason why Iran would directly wish to start a war.

The first case of these mystery drone swarms attacking military hardware occurred against the Russians in Syria last year.

Why on earth the West should collectively rush to support a brutal regime and blatant human rights abuser like Saudi Arabia is utterly beyond me. How could NZ, the country where women first won the right to vote support a country where Women have just been granted the right to drive.

The issue of fragile oil supply lines is simply a reminder as to why NZ needs to be moving to electric cars and 100% renewable energy, it’s not an invitation to get involved in the next American fuck up in the Middle East.

America started a disastrous war in Afghanistan that is still not finished and a fake war in Iran based on Weapons of Mass Destruction that didn’t exist.

Let Jacinda be crystal clear when she meets Trump, NZ will not get involved in another idiotic American adventure in the Middle East.