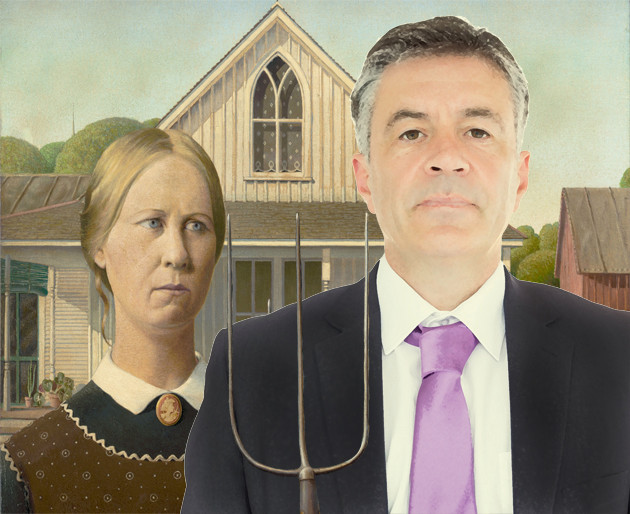 Fish and Game say farmers have been ‘scaremongering’ about the effects of the Government’s proposed freshwater changes.

It follows a report by the New Zealand Institute of Economic Research that found the contribution of dairy farming to the economy is small and any impacts are unlikely to be felt for many years.

Farmers reacted with fury to the Government’s plans to improve water quality – but a new report casts doubt on just how worried farmers should be.

“Federated Farmers has come out [saying], ‘this is the end of the world’. This report clearly says there is no impact or very little impact on the economy from the Government’s freshwater proposals,” said Fish and Game chief executive Martin Taylor.

New Zealand Institute for Economic Research has argued that the proposal has little overall effect because dairy is worth just 3 percent of the country’s GDP.

“It will have a small effect overall, because the dairy sector is not a massive part of the economy,” said Peter Wilson, NZIER’s principal economist and head of Auckland business.

Fish and Game say farmers have plenty of time to make changes.

National have allowed Farmers to steal and pollute water with impunity and sold our hydro assets so that they could create an irrigation slush fund for the bloody farmers, so being told to do the minimum should be the least they are prepared to do, and this water policy is the least.

It goes no where to ensuring water quality and it certainly doesn’t put the brakes on intensive farming the way the brakes should go on.

The simple truth is that the Dairy Industry is a sunset industry, synthetic milk powder into mass produced food ingredients will easily overtake real milk powder.

For those delusional Dairy apologists who scream that there will always be a market for organic dairy, you are seriously telling us with a straight face that the vast majority of our milk powder which is used as a base ingredient for mass produced food will still be in demand despite those mass food producers not giving two shits about anything other than the bottom line for their salt and sugar drenched products?

When synthetic milk powder can be made cheaper than organic milk powder, those mass food producers will turn on us in a millisecond. Listening to Farmers scream about timid water changes while all this is happening is like hearing Trump complain about his coverage by the media.